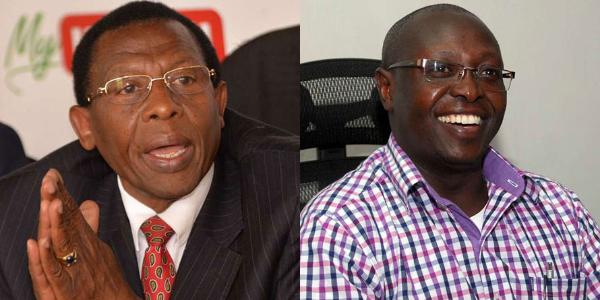 Hipora Business Solutions East Africa, a firm that is supposed to guard against employee theft, is ironically entangled in a web of alleged organised theft and accusations of using the court process to arm-twist aggrieved clients by filing embarrassing suits.

The company has filed a winding-up suit against the multi-million shilling business Kevian Limited, owned by tycoon Kimani Rugendo, over unpaid Sh2.8 million.

In a fresh twist to the case, Mr Rugendo has written to the Thika Police Station Officer Commanding Station (OCS) claiming that John Wanjohi, the Hipora CEO and founder, is an accomplice in the alleged theft.

Mr Rugendo, a politician-turned businessman, says in his affidavit that on January 7, 2017 thieves working in cahoots with security guards and “one of Hipora’s staff members”, broke into his warehouse and carted away goods worth Sh19.7 million.

“You will recall arresting two lorries fully loaded with goods belonging to our company (on January 7, 2017) as well as employees of Hipora, Straight Security, and our company staff that were found in this warehouse on Sunday early morning,” says Mr Rugendo in a letter to the Thika OCS dated January 10.

“We have since established that those who escaped were assisted by Mr John Wanjohi,” claims Mr Rugendo.

In the letter to the police boss Mr Rugendo says a Hipora employee, a Mr Karobia, and a relative of Mr Wanjohi were behind pre-arranged sales of raw materials stolen from the company’s premises in Thika.

The Kevian owner accuses Mr Wanjohi of being the syndicate leader charged with the role of selling and sharing the spoils among Hipora employees, Straight Security and Kevian employees who were involved in facilitating the alleged theft.

He accuses Mr Karobia of stealing a delivery note used to load goods from the company premises January 7, 2017.

The note is addressed to a firm called Infinity Plastics.

Mr Rugendo has sought to know from the police why Mr Wanjohi and Mr Karobia have not been charged in court despite their involvement in the alleged theft.

“Wanjohi too should as well be charged as he was coordinating all those activities,” says Mr Rugendo, adding that the Hipora boss organised evacuation of all victims injured before the arrival of the security guards and police.

Kevian says it found 87 bags of Jade pet resin chips valued at Sh12 million and 1,980 bags of HD polyethylene valued at Sh7.8 million missing from its warehouse at Ramani Thika after stock verification following the theft that happened on January 7, 2017.

The details are contained in a letter dated January 13, 2017 addressed to Hipora.

Correspondence between Kevian and Hipora seen by the Business Daily reveals that the Hipora employees have been implicated in theft.

In a letter dated November 9, 2016 and addressed to Kevian, Hipora admits one of its employees was involved in theft and apologised for the same.

“We would like to first apologise for the theft incident that took place in your Thika Factory on October 4, 2016 and the involvement of our staff … in releasing products unprocedurally,” says Hipora in its letter.

The claims and counter claims around the theft syndicate finally ended in court on December 20 when Hipora moved to court seeking to liquidate Kevian.

Kevian claims this is an abuse of the court process and is intended to arm-twist it through the embarrassing suit.

Mr Rugendo, in his letter to the OCS asking for prosecution of Mr Wanjohi, cites another alleged theft at Tuskys involving Hipora employees.

He refers to an incident in 2015 where Tuskys Supermarkets said it was losing more than Sh100 million every month to theft by employees.

Then, Tuskys directed Hipora to remove all its staff from all its stores with the exception of double checkers who ascertain deliveries by suppliers.

Hipora, however, wrote back to Tuskys, accusing the retailer of failing to act on rampant fraud perpetrated by its own employees.

The internal fraud that hit almost all the major retailers forced Uchumi Supermarkets to also hire Hipora to investigate its staff, expanding the domain of Hipora.

But the firm’s reputation has now been questioned by one of its client that will likely impact its business.

Mr Rugendo, in his filings, pleaded with the court albeit unsuccessfully not to allow the logistics firm to advertise the insolvency petition in newspapers as it had the potential of “damaging the company’s character, credit, goodwill and reputation”.

Hipora, however, advertised the petition in daily newspapers, notifying parties wishing to be heard on the matter that the next hearing was slated for January 22.

Mr Wanjohi started Hipora together with a South African friend, Tshepo Monnanyana, with the aim of helping retailers reduce losses through staff and customer theft.

The firm, which was started in 2009, has over 700 employees whom it sends to various retailers.