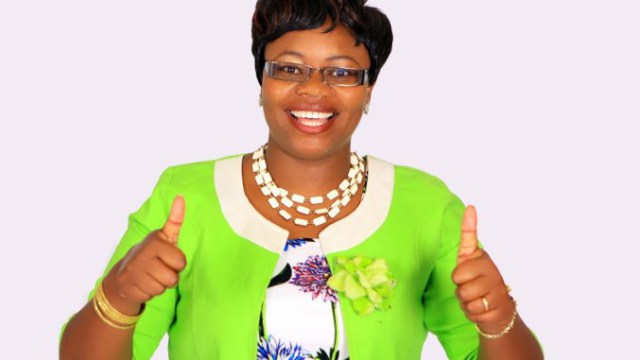 By ERIC WAINAINA
Kiambu Woman Representative-elect  Gathoni Wamuchomba has apologized to President Uhuru Kenyatta and the people of Kiambu over her remarks on the MPs pay rise.The apology came after the president criticized MPs-elect who have vowed not to accept the pay cut that has been proposed by the Salaries and Remuneration Commission.“After deep soul-searching and as a God-fearing servant-leader, I realize that I have let down the people of Kiambu, who put their trust in me. I will do everything in my power to learn from this regrettable mistake and gain back their trust,” she said.

“Therefore, I withdraw the comment and commit to continue to serve you diligently and abide by the SRC salary scales without questioning.”

The MP had on Wednesday appeared on a talk show on NTV where she insisted the Salaries and Remuneration Commission (SRC) should slash salaries well, adding ” I want to be paid well. I want to be honoured for who I am.”

She noted that her words had created anger, rage and protests (and) and “I apologize for the pain I may have caused”.

The woman representative-elect pleads for forgiveness and asked Kenyans to ignore some fake social media accounts operating under her name and which are hurling  insults at users.

The legislator has faced backlash with some Kiambu residents embarking on a campaign to stop her swearing in next Thursday and recall her.

“I want to make it publicly clear that my support for SRC on cutting salaries is not changing and should the Supreme Court rule in my favour, I swear I will not sign a bill some MPs plan to take to Parliament to contest the SRC recommendation,” said President Kenyatta.

Kiambu Woman Representative-elect  Gathoni Wamuchomba I’M SORRY, WAMUCHOMBA TELLS UHURU, KIAMBU RESIDENTS By ERIC WAINAINA Kiambu Woman Representative-elect  Gathoni Wamuchomba has apologized to President Uhuru Kenyatta and the people of Kiambu over her remarks on the MPs pay rise.The apology came after the president criticized MPs-elect who have vowed not to accept the pay cut