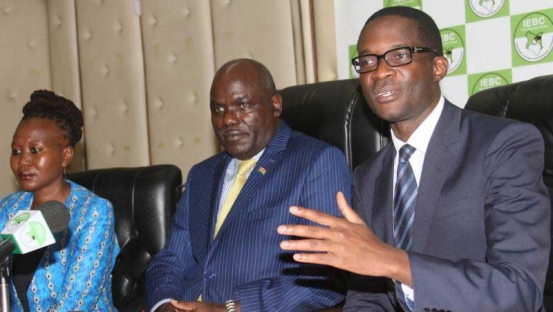 The electoral body risks running into trouble for authorising the printing of ballot papers before the gazettement of the list of candidates. The Election Laws (Amendment) Act, 2017, Section 28 stipulates that the Independent Electoral and Boundaries Commission (IEBC) shall publicise (in the Kenya Gazette) the membership list as received from political parties. Also, it stipulates that this should be done, in the case of the General Election, at least 120 days before the date of the poll. This has since been adjusted by the commission. According to Senator Mutula Kilonzo Jnr (Makueni), the commission was supposed to gazette all the names of the candidates it vetted and cleared to run on various political party tickets or as independents. Vetted and cleared “The initial gazettement by the commission of the list of all aspirants was for the purpose of party-hopping. The commission is required by law to gazette all the cleared candidate for purposes of verification of details before it begins to print the ballots,” explained Mr Kilonzo Jnr, who was a member of the joint select committee that came up with the amendments to the election law. ALSO READ: Record 500,000 personnel to man August elections He asked what the commission would do in the event of discrepancies or missing names and pictures, or mix-ups once the ballots have been printed. “This could pose a serious challenge for the commission if the list is disputed,” he cautioned. But when the The Standard sought comment from IEBC, the chief executive officer, Ezra Chiloba, downplayed the concerns, saying the list was already with the Government Printer. “We submitted the list to the Government Printer on Thursday (June 23). The document was bulky and could take a bit of time,” he explained. He also argued that the law is not explicit when it comes to gazettement of the candidates’ list, stressing that it talks about parties’ nomination lists, which IEBC did as required. This position contradicts that of commissioner Roselyne Akombe, who said candidates are only duly cleared to run by IEBC once they have been vetted and their names gazetted. Dr Akombe explained that names are only authentic when they are publicised by the commission. ALSO READ: Why dead voters are still haunting the IEBC register University of Nairobi political analyst Elias Mokua warned that this could be a big misstep on the side of the commission. Override the law “This is a big risk. IEBC is creating unnecessary mistrust. It is an independent institution that should not do doubtful things. The outcome will be challenged. If there are concerns, the legitimacy of the exercise on polling day may cause trouble,” he noted. Gem MP Jakoyo Midiwo said  the commission has be been caught ‘pants down’  trying to do things its own way to override the law. “The commission is trying to force things which are not legal. This should raise eyebrows,” said Mr Midiwo. He challenged the Jubilee Party to speak out on these concerns instead of focusing on post-election happenings. “These are the concerns that should be addressed now to clear any concerns about plans to rig the polls.”
Read more at: https://www.standardmedia.co.ke/

IEBC in trouble over printing of ballot before gazettement of candidates’ list Reviewed by samrack on June 28, 2017 .

IEBC Chairman Wafula Chebukati(C) with Commissioner Dr.Roselyn Akombe(L) and CEO Ezra Chiloba addresses a press conference at their office in Nairobi on Wednesday 14/06/17 over the ballot boxes tender firm. PHOTO:BONIFACE OKENDO IEBC in trouble over printing of ballot before gazettement of candidates’ list The electoral body risks running into trouble for authorising the printing