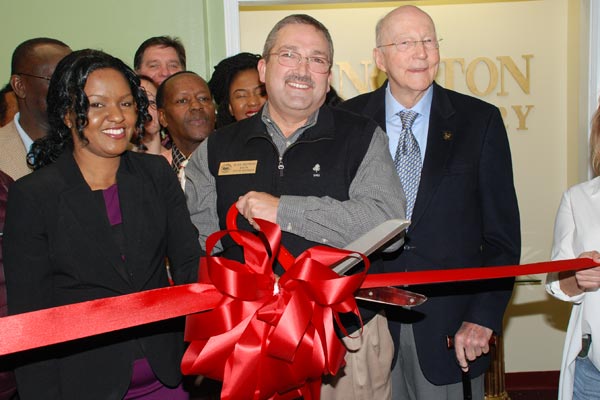 By B M J MURIITHI

A US based Kenyan woman has started a preparatory school in Kennesaw, Georgia.

Ms Faith Wangunyu, the proprietor, told the Nation that she had to work multiple jobs to raise the start-up capital required to start the school.

“I had to raise at least US $50,000 (Sh4.5 million) as start-up capital. I have worked as an emissions inspector, a night auditor at a hotel, a nursing aide, you name it,” said the 31-year-old entrepreneur.READ MORE

US-based Kenyan Faith Wangunyu (left) watches as the mayor of Kennesaw city is about to cut a ribbon to officially open Princeton Preparatory School on January 31, 2015. PHOTO | BMJ MURIITHI | NATION MEDIA GROUP By B M J MURIITHI A US based Kenyan woman has started a preparatory school in Kennesaw, Georgia. Princeton