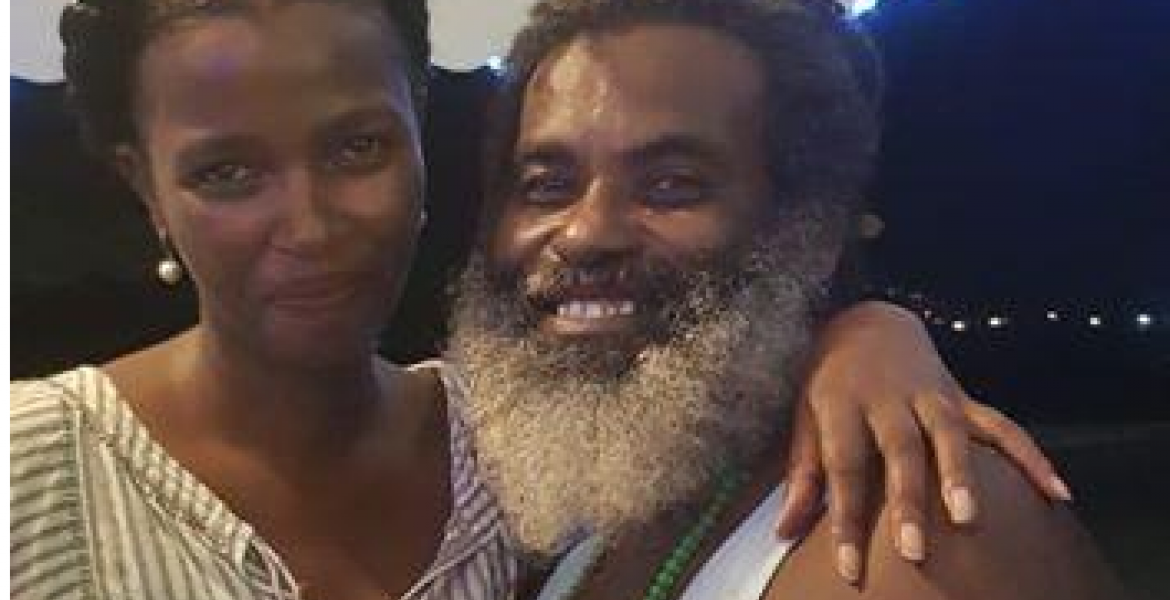 I Didn’t Kill Her: Tecra Muigai’s BoyfriendOmar Lali Speaks Out

Omar Lali, the boyfriend of the late Keroche Breweries Director of Innovations and Strategy Tecra Muigai has spoken out on the events leading to her death.

Tecra, who was the daughter Keroche Breweries Chairman Joseph Karanja and CEO Tabitha Karanja, died while undergoing treatment at Nairobi Hospital on Saturday, May 2nd.

Her passing came four days after she reportedly had an accident at a house in Lamu, where she had been living with Lali.

Lali, who is being treated as a suspect in her death, was arrested by homicide detectives after he allegedly gave conflicting accounts on the circumstances under which Tecra died.

He first told investigators that Tecra tumbled down the stairs but later changed his statement to say she slipped in the bathroom, according to Daily Nation.

The publication reports that two accounts were inconsistent with the version given by responders who rushed Tecra to hospital. A friend of Tecra is said to have found her lying unconscious at the house with blood oozing from her mouth.

“It was on Tuesday last week when one of our friends found her in a coma in the house. By that time, her boyfriend was still asleep in the house. We had to wake him up. He was in shock after finding out that she was immobile,” a friend of Tecra said as quoted by DN.

She was first taken to a local health facility before her mother (Tabitha) sent a private helicopter to pick her from Manda Airport and airlift her to Nairobi for specialized treatment. Sadly, Tecra succumbed to her injuries a few days later.

Speaking to The Standard, the 51-year-old Lali said he had no reason to kill his girlfriend, maintaining that Tecra died as a result of an accident.

On the fateful night, Lali said he slept on a sofa and left Tecra awake. He added that he only took a little amount of alcohol as he was on antibiotics.

“We woke up late that day, ate our lunch at around 2 p.m. then we each went on to do different things,” said Lali.

Lali, a father of five, said he spent a few hours with his daughter and reunited with Tecra at around 6 pm.

“I ordered five liters of madafu and she ordered three bottles of vodka. We had passion juice in our possession too. I was on medication, so I didn’t drink as much. I lay on a nearby sofa and dozed off,” he stated.

He noted that he was woken up by a loud bang only to find Tecra had fallen down the stairs and was bleeding from her nose and ears.

“I heard a loud thud and a single scream. I looked towards where Tecra was sleeping and found out she wasn’t around. I looked towards the staircase and saw her at the bottom. I tried to conduct first aid by fanning her and later tried to resuscitate her,” said Lali.

After some time, he said, Tecra regained consciousness but complained of pain on the head and limbs. Lali phoned his brother and they took her to Shela health center but she was transferred to King Fahd County Referral Hospital after a doctor recommended a CT.

Lali later called Tecra’s sister, Arnelisa Muigai who disclosed that they had spoken on phone at 2:30 am. Tecra was airlifted by Amref to Nairobi for further treatment the following day but she died three days later.

“She wanted us to settle down. I helped her look for a house in Naivasha. But she is gone. Why would I kill her? Why won’t people accept God’s will? This girl was special. I will never find anyone like her again,” said Lali.

On Tuesday, a Lamu court allowed police to detain Lali for 21 days pending completion of investigations into the incident.

I Didn’t Kill Her: Tecra Muigai’s Boyfriend Omar Lali Speaks Out Reviewed by samrack on May 7, 2020 .

I Didn’t Kill Her: Tecra Muigai’s BoyfriendOmar Lali Speaks Out Omar Lali, the boyfriend of the late Keroche Breweries Director of Innovations and Strategy Tecra Muigai has spoken out on the events leading to her death. Tecra, who was the daughter Keroche Breweries Chairman Joseph Karanja and CEO Tabitha Karanja, died while undergoing treatment at