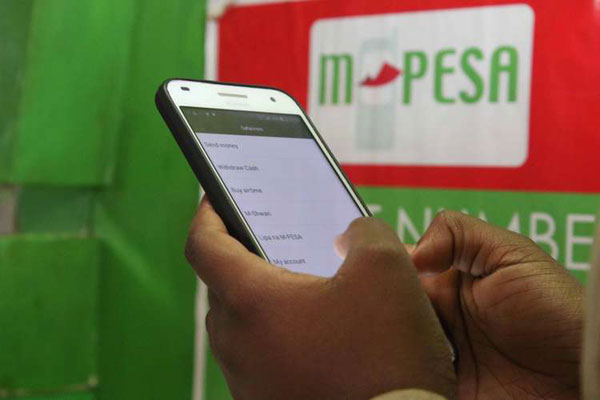 For the richest company in East Africa, money has been coming in from all directions, day and night.

Kenyans’ love for chatting, transacting business conveniently using their phones, surfing the Internet, betting, catching up and having funky beats as their ringtones has created a behemoth with Sh213 billion in revenue.

The company made a profit of Sh48.4 billion in the year to March 2017 from its 28 million subscribers who keep the corporate juggernaut rolling. Notably, many of Safaricom’s peers at the Nairobi Securities Exchange have announced reduced profits, leaving the telco basking in individual glory.

This was a 27 per cent increase from last year. While Safaricom was initially formed as a telecommunications company, calls now constitute only 45.8 per cent of its revenue or Sh93.5 billion.

The rest is from your use of data bundles and charges you pay when using the popular money transfer service M-Pesa. Kenyans send and receive more than Sh15 billion a day.

One of the users of M-Pesa is Mr Patrick Kairu, a director of the four-star White Rhino Hotel in Nyeri. According to him, more than 60 per cent of guests to the prestigious hotel use M-Pesa to pay and some book online using their phones, giving Safaricom money through data bundles.

“We love it because it has reduced our cash handling costs and chances of theft are nil,” Mr Kairu said.

Consequently, the amount of revenue that Safaricom made from the M-Pesa transactions clocked Sh55.1 billion, a 32 per cent increase from last year.

Ms Ann Musau, an M-Pesa agent in Nanyuki, records close to 120 transactions a day. They vary between Sh200 to Sh5,000 but can go as high as Sh20,000 during end month and beginning of the school term. She is one of the more than 40,000 agents across the country. Charges vary from Sh11 to Sh100 for sending cash and up to Sh330 for withdrawing.

“Clients send money to parents during end-month and others when schools are opening. It’s a predictable pattern,” she said. Most schools have adopted the use of M-Pesa to pay fees, generating more transaction charges.

Safaricom’s Lipa na M-Pesa, continues to be adopted by businesses as a payment platform. It now has more than 50,000 merchants who are active throughout the month and millions of customers.

But the reliance on the service is also double-edged.

On April 24, guests at the White Rhino Hotel were stranded at the reception fumbling on their phones. They needed to check out after a weekend and were struggling to pay the bills as M-Pesa platform was down as a result of technical problems. According to Mr Kairu, the hotel had to make arrangements for guests to pay using cards and some were taken to banks to physically withdraw cash.

Ms Hilda Muthoni, a student at Kenya Methodist University, is one of the drivers of the growth. She loves chatting, posting photos on social media and reading celebrity gossip on her phone.

Her friend uses the Internet to check which football matches to bet on.

“I buy 200MB for Sh99 a week mostly on WhatsApp, Instagram and Snapchat. My classmates use double that amount for betting,” said the third-year student at the university’s Nairobi campus.

Her ringtone and those of her peers earned musicians more than Sh150 million in revenue.

“Football was the third most searched item with people searching for matches like Arsenal vs Manchester City and Chelsea vs Tottenham. Other football searches that topped the trends included Barclays Premier League and Champions League,” a report released by Google this month shows.

Businesses and homes using Safaricom’s fibre also increased its cash by 37.4 per cent to Sh5.2 billion attributed to 21.2 per cent growth in fixed service customers. As the company rolls out the faster 4G service and the government continues to digitise its services, more people will require data.

And on Wednesday, the company rolled out M-Pesa One Tap, which will enable customers to use M-Pesa cards to make payments with just a tap.

That means more billions next year.

How you helped Safaricom make Sh48 billion profit Reviewed by samrack on May 10, 2017 .

A person uses the M-Pesa money transfer service. PHOTO | JOSEPH KANYI | NATION MEDIA GROUP  How you helped Safaricom make Sh48 billion profit Safaricom’s record-breaking Sh48 billion profit announced on Wednesday was not unexpected. For the richest company in East Africa, money has been coming in from all directions, day and night. Kenyans’ love