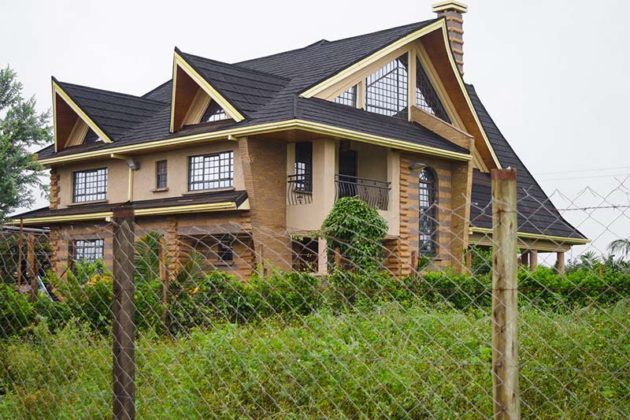 Daykio deals in residential and commercial property that includes the Daykio Plaza and Serenity Apartments among others. The company also deals in plots for sale in Namanga, along Kangundo Road, Juja and fully sold projects in Mwiki, among others/COURTESY.

The sector has witnessed tremendous growth with experts estimating a 4.2 times surge in residential property between 2007 and 2017.

For the past two decades, the Kenyan real estate market has grown exponentially as evidenced by its contribution to the country’s Gross Domestic Product which grew from 10.5 percent in 2000 to 12.6 percent in 2012 and 13.8 percent in 2016.

And it is bound to be worth more, especially because of government focus through the housing pillar under the big four agenda.

Many a company have tried their lack in the sector, some make quick cash, some fall flat, and others manage to con Kenyans by the masses.

There however are some, who become the proverbial outliers; those who outdo trends, economic downfall or usual problems that make giants of the sector fall.

Such include Daykio Plantations, the 34-year-old real estate firm that has been settling Kenyans of all walks of life since inception.

The company deals in residential and commercial property that includes the Daykio Plaza and Serenity Apartments among others. The company also deals in plots for sale in Namanga, along Kangundo Road, Juja and fully sold projects in Mwiki, among others.

Capital business caught up with the firm’s Business Development and Marketing Manager Purity Kagendo Makau to understand how the company has managed to stand strong and become a successful venture:

Daykio has become a household name in the country with several works in the real estate sector. Tell us about your past projects?

For the last three decades, Daykio has been committed to helping Kenyans either find a plot, home or an investment that is suitable for them.

Our past projects include the sold out Membley 1 and 2 projects, which is a controlled single storey residential development zone which kicked off in 1986. In 1990, the company undertook the Githurai Mwihoko project, a similarly controlled development zone that settled more than 2,000 families.

Other projects include Daykio Court, Koma View and Serenity Apartments among others.

What is the company’s most successful project since conception?

The Membley Estate, which is totally sold out is one of the best projects we ever did. We were able to settle more than 1,000 families. The Mwihoko project was equally successful; more than 2,000 people bought the project which was also sold out.

How did Membley’s success affect other projects?

The project gave us a strong foundation as it became a point of reference. People began investing with us because of the success of that and other earlier projects.

Most of your projects have ended up being sold out. Why is it so easy for you, especially during these tough economic times?

Our land and build concept are one of the reasons why we have become successful. This concept means that the land is habitable, and you can buy and build tomorrow. We always ensure to add value onto the properties that we sell. This includes putting infrastructure and ensuring social amenities are available.

What has been the firm’s biggest secret to success?

Trust is the biggest reason why we are still in the market today. It is our heritage. One project after another, we have been able to prove our worth to our customers, which has helped us win the trust of our customers.

We have also been able to build a sound reputation. This has helped us get referrals from people who have brought from us in the past.

What are other recipes to keeping the firm successful after all these years?

We have made it our job to ensure that we do not over promise our customers because it is bad for business and our reputation. In this industry, it is quite luring to do, but doing so only harms your business, which ultimately ruins your business.

Tell us about the company’s ongoing projects?

We are several projects underway, such as the Daykio Bustani, where we are offering our customers ¼ acre plots in Kiambu County off Thika Superhighway. The plots are being sold at Sh8 million.

There is also the Koma View Estate project which is in Machakos off Kagundo Road. The project similarly consists of 1/8 acre which is going for Sh650,000.

How one real estate firm is settling Kenyans of all walks of life Reviewed by samrack on August 9, 2019 .

Share thisFacebookTwitterPinterestEmailWhatsAppDaykio deals in residential and commercial property that includes the Daykio Plaza and Serenity Apartments among others. The company also deals in plots for sale in Namanga, along Kangundo Road, Juja and fully sold projects in Mwiki, among others/COURTESY. How one real estate firm is settling Kenyans of all walks of life The sector