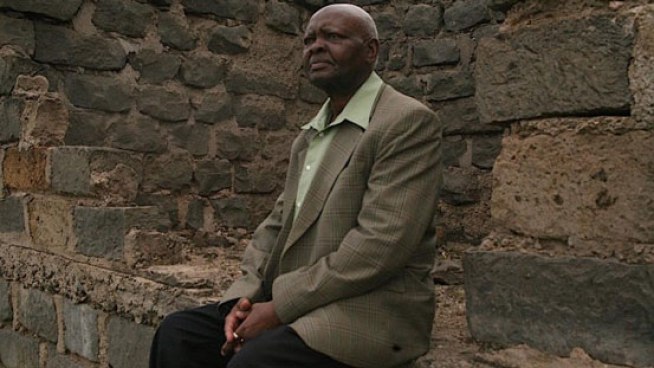 A retired senior military officer is crying out for justice after his relentless efforts to reclaim 300 acres of land sold by National Bank of Kenya failed to bear fruit.

Despite his pleas to Lands Cabinet Secretary Prof Jacob Kaimenyi on November 7 last year, Major (Rtd) Michael arap Langat, who was the first black national to head National Youth Service (NYS) is yet to get a response. A similar appeal to Kaimenyi’s predecessor Charity Ngilu in 2015 also never generated any response.

Langat accuses the National Bank of Kenya of colluding with auctioneers to sell three prime parcels of land measuring 300 acres over a loan he had borrowed from the lender despite the fact that it was the bank’s fault that made him fail to repay it.

Langat, who had intended to carry out agricultural activities on the land which he bought from British American Tobacco (BAT), had initially borrowed money from Post Bank Credit to purchase them.However, when the bank went under, he turned to National Bank of Kenya, which agreed to lend him a total of Sh38 million to repay the loan and launch his agricultural projects.

Though National Bank of Kenya paid Sh20 million to Post Bank Credit to offset the initial loan, the national bank infringed the agreement it had with Maj (Rtd) Langat as it did not lend him the rest of the money. This made his horticultural and floricultural projects to collapse and hence his inability to repay the Sh20 million loan.

Using the loan from Post Bank Credit, he had put up an pumb house at River Athi, another pump house at the farm, a five million water reinforced reservoir, an electricity sub-station house, water pipes and drip irrigation pipes. But National Bank’s failure to lend him money made his situation dire.

“This situation put me in a very difficult position where the debt was growing and yet the project was not functional. Inspite of suffering hardship and frustration the National Bank put me through, I managed to pay back Kshs. 9 million between 1996 and 2006. Although I had decided to sell part of my land to clear the National Bank outstanding loan, I could not find a buyer before 2006,” he says in his letter to Kaimenyi.

” I found a buyer in 2006 and went with him to the bank to find out how much was outstanding including accrued interest so that I can pay off NBK, hacing entered into an agreement with me for the purchase of part of the land. We were rudely shocked to be told all the three hundred acres had been sold for a paltry 90,000/= per acre! It did not matter to them that they did not give me any notification!” he adds.

The transaction was suspicious given that National Bank of Kenya valued the land at Sh 372,000 per acre in 1996 when extending the loan, but they sold the land at 90 000 per acre 13 years later. Its also worth noting that the value of land appreciates by approximately 10% per annum.

He accuses the bank of colluding with auctioneers to dispose off his land to Muigai Commercial Agencies and Igainya Ltd.

According to land control act chapter 302 of Kenya, “if the sale value is oppressive to any the parties, the transaction is null and void”. Given that the reserve price by law should never be less than 75% of the property. It’s clear that the transaction did not meet the required threshold.

“My attempts to carry out searches in the Ministry of Lands, were continually for five very long years between 2006 and 16th December 2011 while my file remained hidden. At this point in time, I realised I was up against a gang of nefarious conspirators from NBK, Garam Auctioneers, Minsitry of Lands Ardhi House, Mavoko Land Control Board, and purported purchasers, intent upon subverting professionalism, decorum and justice to defraud me of my valuable pieces of land. Later events bore me out,” says Maj (Rtd) Langat.

How National Bank of Kenya Colluded with Auctoneers To Sell Investor’s Prime Land Reviewed by samrack on July 30, 2017 .

Share thisFacebookTwitterPinterestEmailWhatsAppHow National Bank of Kenya Colluded with Auctoneers To Sell Investor’s Prime Land A retired senior military officer is crying out for justice after his relentless efforts to reclaim 300 acres of land sold by National Bank of Kenya failed to bear fruit. Despite his pleas to Lands Cabinet Secretary Prof Jacob Kaimenyi on