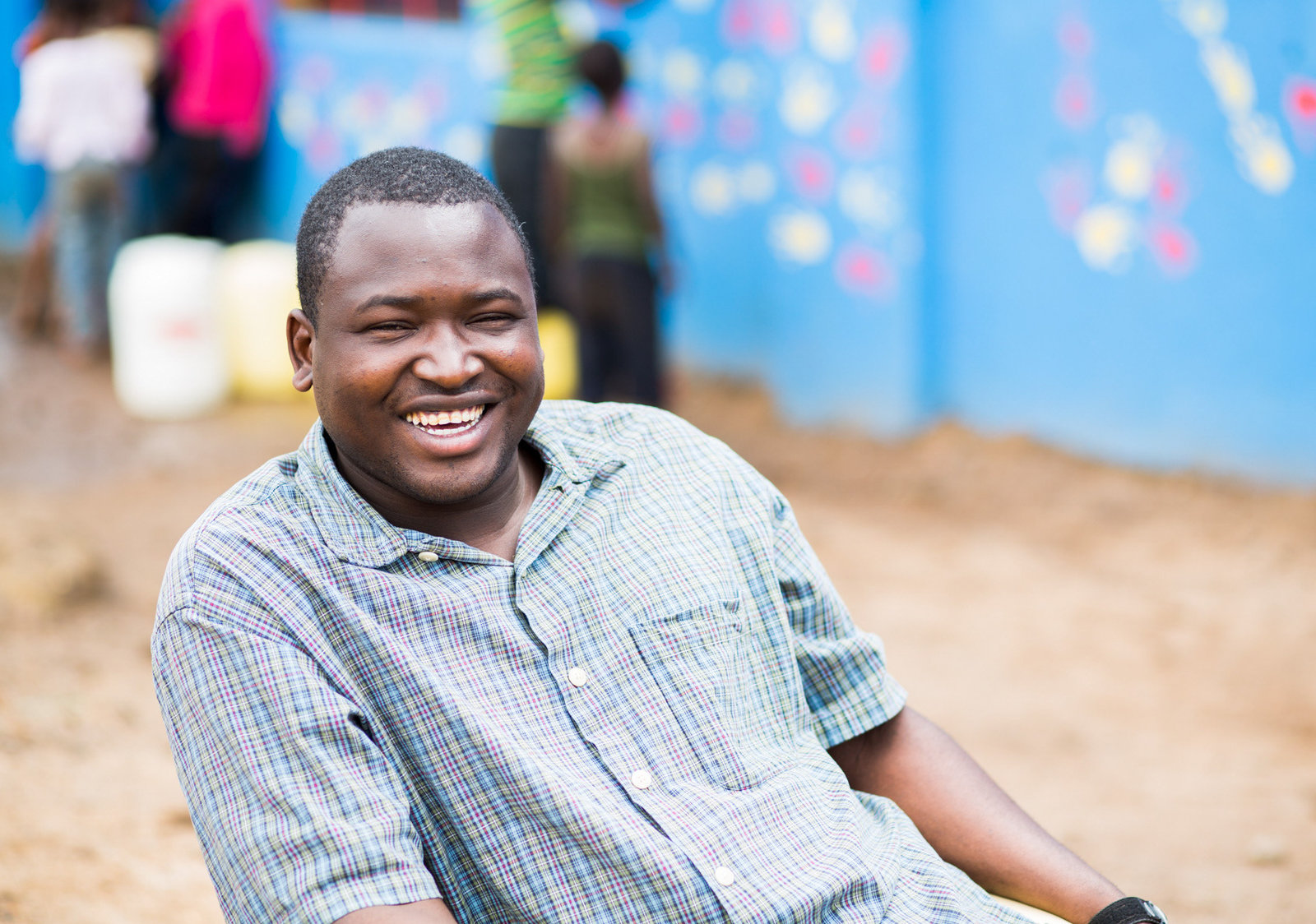 Kennedy Odede was living on the streets when he first read about the life of Dr. Martin Luther King Jr.

Courtesy of Shining Hope For Communities

When Kennedy Odede was a kid, he lived on the streets of a slum in Kenya.

He’d grown up in tough circumstances. His stepfather was violent. There wasn’t enough food to go around. He wasn’t sent to school. A friend convinced him he’d do better out on his own. He’d have his freedom, he’d be able to find his own food.

So when he was around 10, Kennedy left home. His new world was a world of violence. He was caught up in gang fights. He remembers being stabbed in the arm: “I still have the scar,” he says.

Then one day, when he was 12 or so, he met Martin Luther King Jr. — on the pages of a book that an older friend at a community center gave him.

“I was looking for hope in my life,” says Kennedy, who’s now in his early 30s. “When I read the story of Dr. King, it was a powerful story. Dr. King gave me a reason to believe you can change your own life and change your own community. His idea is that you don’t have to wait. Anyone’s path can change. For me that was really powerful.”

On the eve of Martin Luther King Jr. Day, we talked to Kennedy Odede from Kenya, where he started a nonprofit called Shining Hope for Communities. It runs a free primary school for girls and helps youth find jobs. (And in case you’re wondering, his name is an homage to John F. Kennedy: Odede was born a breach baby but survived, which his parents took as a sign he’d be a leader, “so I had to get a leadership name,” he says.)

The interview has been edited for length and clarity.READ MORE

How Martin Luther King Jr. Changed The Life Of A Street Kid In Kenya Reviewed by samrack on January 15, 2017 .