How Kenyans may have lost Sh29b in SGR tender 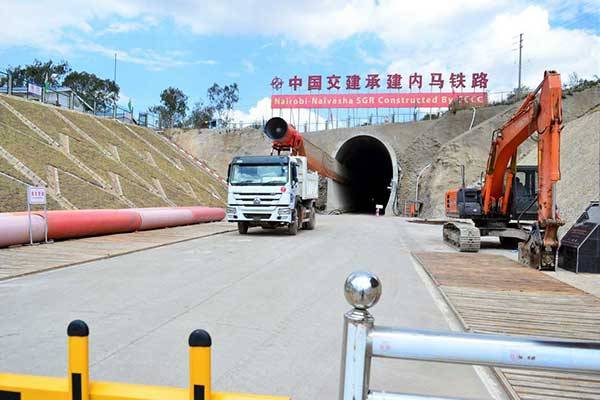 How Kenyans may have lost Sh29b in SGR tender

Pricing of the Standard Gauge Railway project may have been inflated by nearly Sh29 billion, fresh details from analysis of the tender documents show.

Kenya Railways Corporation allowed the contractor to adjust costs of the civil works by Sh11 billion (a 3.5 per cent increase) and Sh2.7 billion (2.5 per cent) for the accompanying facilities.

That is only part of a long list of price adjustments even before the construction of the Sh372 billion project started.

It has also emerged that separate tenders were awarded for the project, and not one as it has been believed all along.

One was entered into on July 10, 2012 for the civil works on the railway line while the other for supply and installation of facilities, locomotives and rolling stock on October 3, 2012.

Among the suspected items that were double procured, according to documents filed in court, is the design of the various aspects such as signaling while they were never custom-made for Kenya Railways.

Locomotives and rolling stock were to be made to meet the Chinese standards as agreed in the contract, meaning there would be no need of executing fresh design works.

Documents filed in court as annexures to a petition challenging the award lay bare details of the country’s most controversial project yet.

Huge pricing variations were allowed to the selected contractor which led to major losses to the taxpayer, according to the petition filed by activist Okiya Omtatah.

A consortium of three firms, TSDI-APEC-EDON, was in May 2014 contracted to provide the design and construction supervision at Sh4.2 billion, yet the same works had been factored into the main tender won by the Chinese contractor.

China Road and Bridge Corporation, the contractor, had included the supervision works in its tender pricing it at Sh7 billion ($84.9 million) at the prevailing exchange rates.

These are among the new details of the top secret tender documents, which government officials have done everything to hide from the public.

President Uhuru Kenyatta publicly committed to share a copy with a reporter more than a year ago but the promise has never come to pass.

It all started in early 2010 when the idea of constructing a modern railway was mooted by the Mwai Kibaki administration. A double track for the entire length to Kisumu or Malaba, and an electricity-powered train service was desired. Passenger trains required in the invitation to tender were required to have a top speed of 220 kilometres per hour while freight trains would do 120 kilometres per hour.

It is unclear what became of the specific tendering process after then, until two years later when CRBC appeared after a supposed government-to-government negotiation.

CRBC presented its feasibility study to the Kenya Railways on June 26, 2012, to set off a chain of events that culminated in the award of the tender just two weeks later.

Within the two weeks, a negotiating team was formed, discussions of the proposals were done, and approvals from the relevant ministries and the Attorney General were sought.

Further, the Kenya Railways board of directors sat and approved the project, before the commercial agreements were negotiated and the contractor notified of the award and the contract signed.

In the negotiations, the contractor was found to have inflated the pricing of specific items on the bill of quantities by Sh2.6 billion, which was agreed to be knocked off to keep the price for civil works at Sh220.9 billion.

On July 11, 2012, Kenya Railways wrote to CRBC informing it of the award before the contractor accepted the offer and responded the same day.

“We take this opportunity to convey our appreciation for the award of the contract, and look forward to signing the commercial contract with you at the earliest time,” Li Qiang wrote on behalf of CRBC.

Another contract was signed with the same firm on October 4, 2012 for the supply and installation of facilities, including the stations, locomotives and rolling stock for Sh96 billion.

In the negotiation for either contracts, CRBC was allowed variation in pricing of up to five per cent, which is also part of the subject of the petition.

Philip Mainga, the acting managing director of Kenya Railways, said yesterday he could not comment on the matter.

Among the items bought for the five, together with their helpers who were also Kenya Railways Corporation (KRC) staff, were fat allowances, mobile phones and airtime.

Housing and offices for the engineers was budgeted at Sh544 million besides the personal remuneration in the country’s biggest infrastructure project yet.

Collectively, the engineers attached to the five camps along the different sections were provided with Sh385 million that would cover overtime and supervision costs.

Ordinarily, seconded employees would still be on their usual salaries from their employer.

Tender documents for the Sh372 billion-worth line connecting Mombasa and Nairobi have provided a rare peak into the costing of the controversial project.

Nduva Muli, the then KRC Managing Director, entered two contracts with the Chinese contractor in July and October 2012 for Sh220 billion and $1.15 billion (Sh115 billion), respectively, which were then collectively worth Sh316 billion.

The documents, which have been under lock and key, have surfaced in a petition filed by rights activist Okiya Omtatah at the Court of Appeal.

He has petitioned the court to declare the two tenders awarded for the construction of the line and the other for supply of rolling stock irregular.

Further, Omtatah is praying for the judges to rule that the loans taken to fund the SGR be recovered from the individuals who negotiated the loans and not from the Exchequer.

He has cited various incidents where the costs were overly inflated in the bill of quantities (BQs) used by CRBC in the tendering process.

It is in the BQs where the anticipated costs worth Sh1.3 billion for maintaining the supervising engineers is captured.

The single largest cost item worth Sh72 million was budgeted for the payment of “attendant staff” of the engineers, possibly in salaries or allowances.

CRBC planned to spend some Sh42.9 million on “payment of overtime to the engineer’s junior staff”.

That is beside a further Sh7.6 million, which would be set aside to pay for temporary accommodation, likely in instances when they cannot make it to the provided houses in the camps for the night.

Construction of the SGR was done in sections over the 480-kilometre stretch with different teams, each with a supervising engineer from KRC, working on the respective parts.

Engineers were allowed a host of staff, including drivers for the 4X4 pick-up trucks they were assigned and trainees.

CRBC planned a Sh12 million kitty from where the allowances of trainee counterpart from KRC or any other relevant government officer would be paid from.

Telephone costs for the engineers were budgeted at Sh5 million, including 20 mobile phones each costing Sh50,000, fixed telephone lines to their residences on site connected at Sh120,000 and the Sh3.6 million in airtime.

Residences for the KRC staff were constructed from a budget of nearly Sh200 million, with the senior-most temporary officials’ homes built at Sh3 million. Monthly maintenance costs for the accommodation of the engineers’ home was projected at Sh12,274.

It is unclear what the maintenance costs of the residences would include but might consist of cleaning and housekeeping.

A total of Sh48 million was budgeted for maintenance of the KRC staff accommodation for the period of the railway construction.

Costs of keeping the supervising engineers on site are among the outstanding cost items in the tender documents, which also show that CRBC would build a 60-cubic-metre water tank at Sh4.8 million and purchase washing machines at Sh160,000 apiece.

How Kenyans may have lost Sh29b in SGR tender Reviewed by samrack on January 20, 2020 .

Share thisFacebookTwitterPinterestEmailWhatsAppHow Kenyans may have lost Sh29b in SGR tender The standard gauge railway (SGR) Nairobi-Naivasha tunnel Pricing of the Standard Gauge Railway project may have been inflated by nearly Sh29 billion, fresh details from analysis of the tender documents show. Kenya Railways Corporation allowed the contractor to adjust costs of the civil works by