How a child ‘deleted’ tax evasion evidence from phone 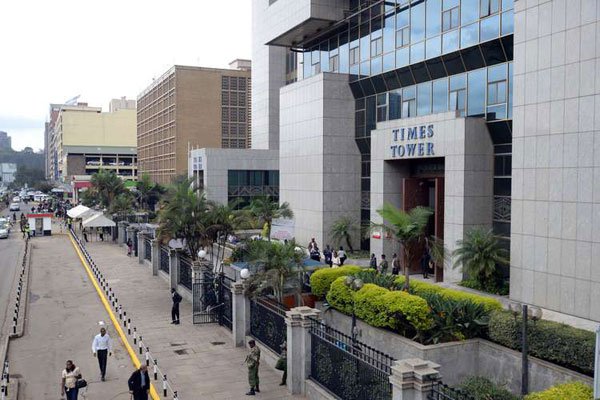 How a child ‘deleted’ tax evasion evidence from phone

Several court cases have demonstrated a number of loopholes that are used by tax evaders, leading to wide misses in revenue collection targets by the taxman.

A judgment issued last year where a transporter had sued Kenya Revenue Authority for illegally detaining eight of his trucks at the  Gilgil weighbridge for allegedly dumping goods whose duty had not been paid, badly exposed the taxman.

The Transporter, Tornado Carriers Limited, which runs a fleet of 60 lorries in East Africa, wanted compensation for the detention of its trucks at the weighbridge yet no evidence was produced linking them to dumping.

KRA also detained six other Tornado after suspecting that two of the firm’s lorries were involved in the malpractice. The move ended with the transporter grounding all his other trucks for fear that KRA would seize them.

In a sworn affidavit, the transporter claimed harassment by KRA officials.

The KRA official also threatened that he would not permit any of the transporter’s fleet to pass through Gilgil unless.

The judge doubted KRA’s account that it had failed to expressly identify the goods that were allegedly being dumped. The officials had mistakenly indicated bitumen as the goods being ferried, only to realise two years later that they were actually carrying galvanised steel and clinker.

The court was also stunned by KRA’s claims that after detaining the trucks for three weeks, no evidence was found linking the trucks to dumping, hence the failure to charge the transporter with any offence.

Matters got more intriguing when a KRA customs official claimed he had taken only one photograph of the bitumen that was being dumped into the country. He could not, however, show the court the photo because it had been allegedly deleted by his children when they were playing with his phone.

“I must in this case agree with the petitioner that the explanation is somewhat incredible. With all the enforcement and investigation powers vested in the KRA, the state’s revenue collection and enforcement must be in a truly parlous state if the respondents depend on collection of photographic evidence of criminal activity on a single revenue or customs officer wielding his mobile phone’s camera,” Judge Mumbi Ngugi ruled in March.

In a case filed in 2013, another transporter suspected to be dumping transit sugar had trucks detained at Changamwe Municipal Parking. The same night, the truck KBL 377A/ZD 3363 mysteriously disappeared only to be found a week later leaving Mombasa   with its cargo of sugar having been offloaded.

How a child ‘deleted’ tax evasion evidence from phone Reviewed by samrack on August 24, 2016 .

Share thisFacebookTwitterPinterestEmailWhatsAppTimes Tower, the headquarters of the Kenya Revenue Authority, along Haile Selassie Avenue in Nairobi on June 30, 2015. PHOTO | SALATON NJAU | NATION MEDIA GROUP How a child ‘deleted’ tax evasion evidence from phone Several court cases have demonstrated a number of loopholes that are used by tax evaders, leading to wide