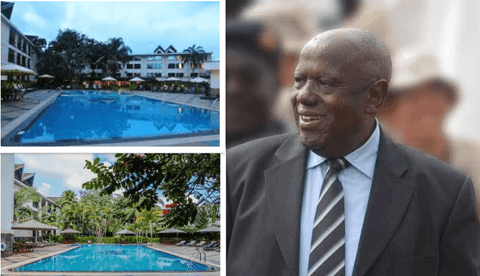 Karume’s daughter Lucy and lawyer Rachel Mbai, both of who are directors of Karume Holdings were also unanimously approved as trustees.

Henry Waireri Karume, the eldest son, is the only trustee who will continue serving as a trustee as the vote now marks an end to a vicious battle over management of his wealth.

“We are confident as a family that the trustees will turn around the business empire left behind by the founder and grow it to the level he envisaged during his lifetime,” they said.

High Court judge Roseline Aburili last June had allowed the ejection of Mr Ngugi, Mr Gatabaki and Ms Kamithi and directed that they be held accountable for all transactions undertaken since February 24, 2012, after which indemnity will be granted should it be established there was no wrongdoing in dealings with the trust’s assets.

The ousted trustees fell out of favour with Karume’s beneficiaries after the family accused them of continuous neglect and failing to settle fees or provide maintenance.

Here Are The New Trustees who Will Run Njenga Karume’s Multibillion Empire Reviewed by samrack on October 18, 2020 .

Here Are The New Trustees who Will Run Njenga Karume’s Multibillion Empire Former PricewaterhouseCoopers (PwC) partner Kuria Muchiru will now serve as the new trustee chairman after Njenga Karume’s Kin appointed a bunch of new Trustees to manage his multibillion-shilling empire. Karume’s daughter Lucy and lawyer Rachel Mbai, both of who are directors of Karume