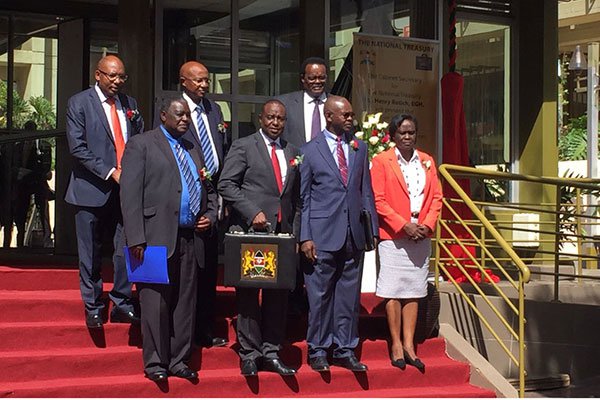 The National Treasury has unveiled the fifth and last Budget for President Kenyatta’s first term in office.

Cabinet Secretary Henry Rotich on Thursday presented the 2017/2018 Budget Statement to both Houses of Parliament in Nairobi.

The government said it would spend Sh2.6 trillion, the largest ever spending plan in Kenya’s history, that will be financed using taxes and borrowing.

The Jubilee administration plans to implement the mega budget using Sh1.7 trillion from taxes and Sh900 billion from loans and grants.