Hard times ahead for Kenyan landlords? 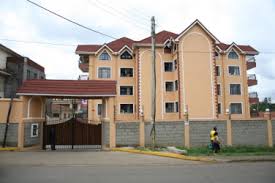 Hard times ahead for Kenyan landlords?

ohn Mwenda came in Nairobi 25 years ago and settled in Kasarani. During this period, many of his friends have moved houses several times mainly because of rent increments. But he has chosen to stay put. “I came to Kasarani’s Roysambu area in 1991. For the last 25 years, I have seen many changes in relation to property development in the place. Rent increase has been a major issue,” he said. Because of sharp rise in rent, some of Mwenda’s friends were evicted from their apartments for defaulting on payment while others have been forced to go back to the village. A few lucky ones have built their own homes in the city. According to reports released recently by Cytonn Investments and HassConsult, rents have been steadily rising over the years and now seem to have reached saturation point. That is not good news for property owners. “For the last one decade, rent has been the ultimate cash cow for property owners in the industry. A number of private developers making entry into the industry have been keen on cashing in on unregulated rent proceeds from their developments,” said Kenneth Mataro, a project manager at Ruprani Valuers Kenya Limited. Mataro said that before developers and investors realised that they could cash in on property sales, rent hikes was the only easy way to make money in real estate. “For a long time, the real estate sector has been sustained by proceeds from rent,” he said, blaming pioneering landlords of exploiting tenants through arbitrary rent hikes. Cytonns market outlook report pointed out that rental yields now range from five per cent to eight per cent. Yields from apartment sales range from 6.5 per cent to seven per cent, while single detached houses fetched between five per cent and six per cent, said the report.

“For the last one year, rent has remained steady and is expected to take a similar curve in the coming months,” she told Home & Away after releasing the Hass Property Index for the third quarter of 2016 recently. According to the report, the average rent for all properties went up from Sh38,516 in December 2000 to Sh144,633 by September 2016, representing a 3.7 fold increase. She said rents are stagnating both in Nairobi and its suburbs, as well as in satellite towns: “Satellite towns experience regular traffic jams. At the same time, proposed road infrastructure developments might not make people shift to these areas and lead to a sharp rise in rental levels in these places.” Despite all these, rent remains to be a thorn in the flesh of many Kenyans. According to George Wachiuri, a director with the Kenya Properties Developers Association (KPDA) and the CEO at Optiven Limited, it is wrong for property owners to hike rent to unimaginable levels. “Rent for residential properties should not be increased beyond five per cent whereas commercial properties rent should not be raised by more than seven per cent,” said Wachiuri. He said the steady rent increase witnessed over the years has contributed to the high cost of living. “The burden is always shifted to the tenant who might have a little understanding on the rates. However, increased cost of land, lack of firm legislation and corruption have also contributed to unprecedented rental levels,” he said.
Read more at: http://www.standardmedia.co.ke/

Hard times ahead for Kenyan landlords? Reviewed by samrack on October 28, 2016 .

Hard times ahead for Kenyan landlords?  ohn Mwenda came in Nairobi 25 years ago and settled in Kasarani. During this period, many of his friends have moved houses several times mainly because of rent increments. But he has chosen to stay put. “I came to Kasarani’s Roysambu area in 1991. For the last 25 years,