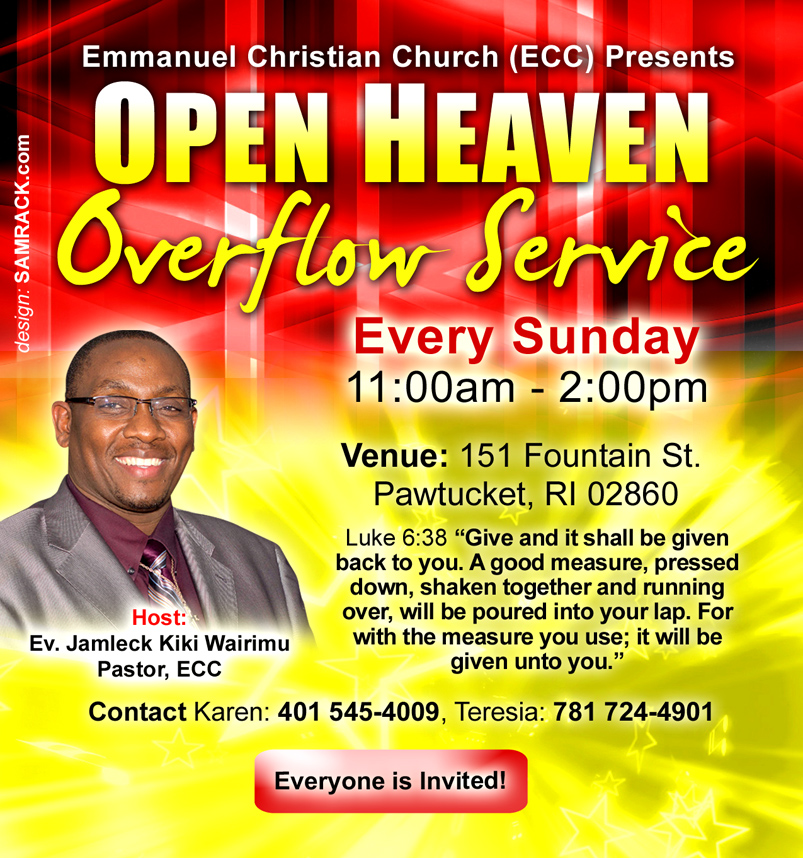 In a fiery Sermon drawn from the book of 1 Kings 21: 1-7, Evangelist Jamleck Kiki Wairimu asked every believer to imitate Naboth who refused to yield to King Ahab’s request that he (Naboth) exchanges his Vineyard for a better one, or even better, that the King would give him its value in money. “This was a tempting offer given that this land was bought many years before Naboth was born; probably, the King’s compensation would have been worth ten times more than its initial price, yet not even the love of money would melt Naboth’s resolve!,” said the preacher. There comes a time when our principles must over-power our desires in order for God’s glory and plan to be realized and accomplished. Without such discipline, the World will continue to ridicule Christianity as just another ‘lifestyle’ rather than a mode of transformation through the Blood of our Lord and Savior Jesus Christ.

Equating the gift of Salvation to that of an Inheritance, the Man of God besieged the faithful to make a declaration that they could stand firm and keep the focus on God more that any other priority so that God would in return shower them with blessings that would overtake them in the days ahead. He caused laughter when he narrated how many Christians have mistaken Spiritual Revival with the current religious drama that has been epitomized in churches, leaving them very vulnerable as they hop from meeting to meeting in search of miracles and prophesies. Calling such people ” spiritual helicopters”, Evangelist Wairimu, who also pastors a young multi-racial congregation, challenged pastors to preach the Word of God without creating a breeding place for sin and social entertainment in order to fill their churches.

In conclusion, the charismatic and outspoken preacher called for Spiritual Maturity among believers in order to achieve the goal of spreading the gospel across the globe. Quoting from Galatians 4:1-5, he added that maturity opens the door that leads to inheritance. Noting that time spent in the Presence of God is the catalyst that propels us to a dynamic devotion, he advised Christians to take every trial with humility because in the long term, those tough times will lay the foundation to their God-given destiny. “In the fullness of time, God will make everything beautiful for His own glory, let’s keep our eyes on our inheritance.” he said.

GUARD YOUR SPIRITUAL INHERITANCE Reviewed by samrack on January 7, 2015 .

Share thisFacebookTwitterPinterestEmailWhatsAppIn a fiery Sermon drawn from the book of 1 Kings 21: 1-7, Evangelist Jamleck Kiki Wairimu asked every believer to imitate Naboth who refused to yield to King Ahab’s request that he (Naboth) exchanges his Vineyard for a better one, or even better, that the King would give him its value in money.