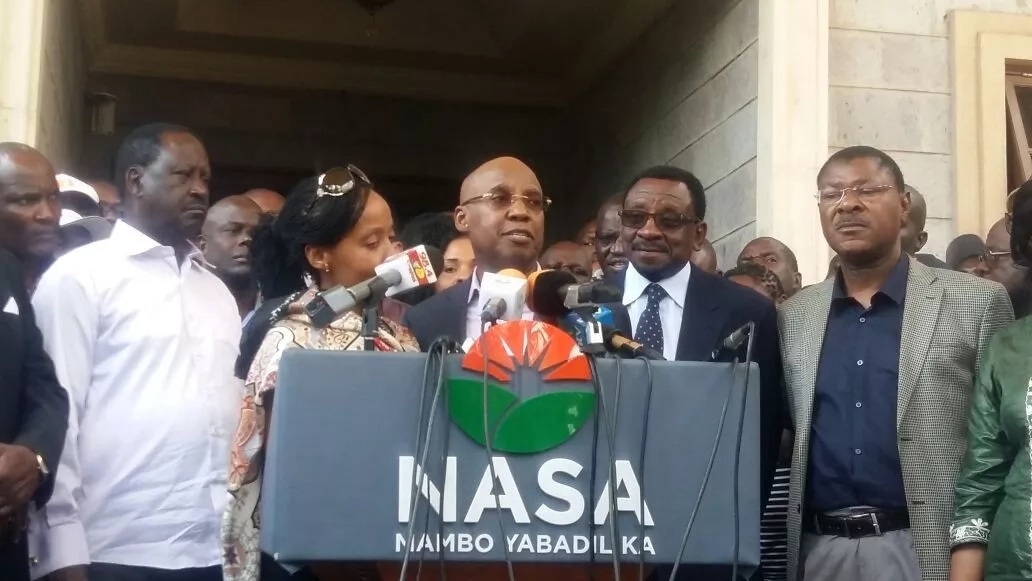 Businessman Jimmy Wanjigi addressing the media after police ended a siege on his home in October 2017. Photo: TUKO.co.ke

Tobiko wants bail granted to the businessman raised citing the magnitude of the offence he is accused of -Police raided Wanjigi’s home in October and found AK47 riffles and bullets The government now wants bail granted to businessman and National Super Alliance (NASA) key financier Jimmy Wanjigi increased. In an application by director of public prosecutions (DPP) Keriako Tobiko, Wanjigi should also be stopped from travelling outside the country.

Tobiko also wants Wanjigi to deposit more documents in court as surety for his availability during the whole period investigations would be carried out, Citizen Digital reported.

This comes barely three three days before the much awaited swearing-in of Raila Odinga as president in defiance of a stern warning from the attorney general. Wanjigi is believed to have heavily financed Raila’s presidential campaign and he publicly declared his unwavering support for the NASA leader. TUKO.co.ke understands that Wanjigi has opposed the new twist claiming that the government was only trying to harass and curtail his rights. READ ALSO: NASA details programme for Raila’s swearing-in ceremony on Jamhuri Day According to Wanjigi, no investigation has been carried out since armed police officers stormed and laid siege at his Nairobi home foe hours as they looked for weapons. Earlier, TUKO.co.ke reported how the police camped at the businessman’s home for almost two days but failed to arrest him yet he was in the house.Francis Atwoli begs Raila to drop his swearing-in bid Trough lawyer Julie Soweto, Wanjigi accused the government of being insincere. On Monday,October 16, police raided his auspicious Muthaiga home where the found five AK47 riffles which they claimed he owned illegally.