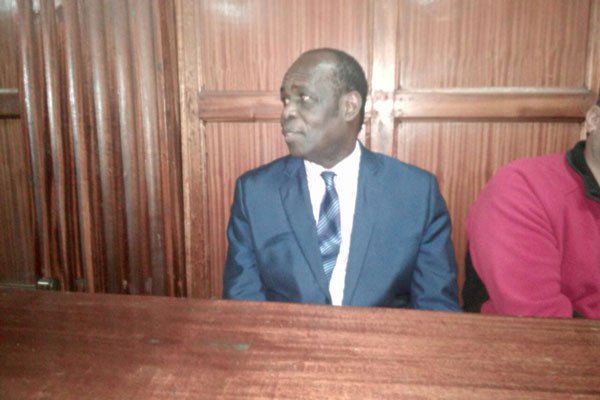 The prison stay will help a Nairobi court determine whether stands a chance of being freed on bond pending trial.

He faces charges of stealing five children from the capital’s Mountain View estate. He denied the charges.

State prosecutors on Friday to the court that there had been an arrangement, based on Mr Deya’s request, that he be locked up at Kamiti as soon as he lands in the country after being extradited from the UK.

Chief Magistrate Francis Andayi, therefore, directed that the televangelist remain detained at the prison until August 10 when he will rule on his bond request

But this came after a heated exchange between prosecutors and defence lawyers John Swaka and Cliff Ombeta.

According to prosecution, Mr Deya’s offences are serious, he is culpable of running away like before hence he should not be freed on bond until the completion of his criminal trial.

“He fled knowing about the charges he was facing plus he fought his extradition for 12 years,” said Mr Okello.

“Is this the conduct of someone who willingly wanted to subject himself to court process?”

He added: “it is demeaning if the offence is termed just as stealing, yes it is but it involves theft of five children.”

But the defence told court that Mr Deya’s reputation is known as that of a good man, and that he has been a spiritual father to many who include pastors Pius Muiru as well as James Ng’ang’a.

Court heard that he is a pastor of pastors that is why he is known as an arch-bishop and that his UK-based church has a following of at least 36,000 people.

“Does it make one a criminal to defend oneself? He should not be vilified because he was not hiding and the conditions he was required to fulfill to British authorities were faithfully complied with,” said Mr Swaka.

Prosecution laid bare to the court how the accused is presumed to have evaded facing justice since 2005.

The court heard that while he left his home country, his wife Mary was arrested and charged in 2008 with ten counts of similar offences before being handed three years in jail.

While in the UK, the magistrate was told, the Kenyan authorities had issued a warrant of arrest against him, he lost the extradition proceedings in a London-based court but went ahead to appeal against the judgment at the UK High Court.

He subsequently lost his appeal in 2008 and even attempts to further stop his extradition hit a dead end last year.

However, the defence insisted that he did not run away from facing prosecution because he was already residing in the UK after going there in 2002 because he acquired a licence to have a church there in 1996.

They also claimed that he has always complied with the British authorities by reporting at a police station as required ever since he lost his bid to stop his extradition, and that his travel as well as identification documents got lost in their hands.

“He has never refused to come home, he was simply fighting extradition and today he is here willingly, Prosecution has not demonstrated evidence why he should be denied bond,” said Mr Ombeta.

The said offences were allegedly committed between May 12, 1999 to August 19, 2004 from a house in Nairobi’s Mountain View estate.

Mr Deya was accused of depriving unknown parents’ lawful custody of the said children because he possessed and harboured them unlawfully.

He was arraigned in court after landing in the country at the wee hours of Friday. His trial is set to kick off on October 9.

Gilbert Deya to spend 6 nights in Kamiti Reviewed by samrack on August 4, 2017 .

Share thisFacebookTwitterPinterestEmailWhatsAppGilbert Deya to spend 6 nights in Kamiti Controversial preacher Gilbert Juma Deya will spend six days and nights at the Kamiti Maximum prison. The prison stay will help a Nairobi court determine whether stands a chance of being freed on bond pending trial. 5 CHILDREN He faces charges of stealing five children from