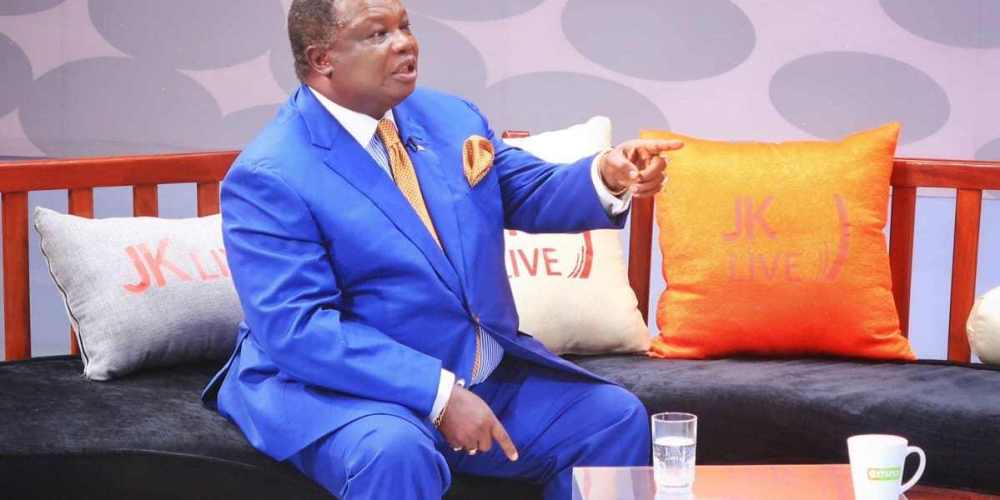 This is a significant shift from his hitherto endorsement of Odinga as the most preferred candidate for 2022.

And with the political elite heavily leaning on the former Prime Minister, Atwoli’s sentiments have thrown the spanner into the works.

The trade unionist, although he may have inadvertently let the cat out of the bag, it is now clear that Odinga after all may not get the much needed endorsement from the president, whom Atwoli says trusts the son of former president Moi.

In a video which is circulating on social media, Atwoli hints that Uhuru has already settled on Gideon and its only a matter of when not if that he will publicly endorse him.

“Do you think he (Uhuru) will go home without making a decision on who will take care of the country? He will definitely not let Deputy President William Ruto ascend to the country’s top seat…from all these group of people the only person he can trust is Gideon Moi, he is the chosen one.”

Atwoli’s change of tune has left many people confused since he has been at the forefront and among the first people to endorse Odinga for the top seat in 2022.

Over the past few months and riding on the BBI train, Atwoli has been hosting like minded politicians allied to Raila Odinga and President Uhuru Kenyatta.

He has over and again intimated and supported Jubilee Chairman’s assertion that Raila is the man to beat in 2022.

While casting DP William Ruto as the most corrupt individual unfit for office, Atwoli noted that Odinga’s experience in public service and quest for a more democratic space in Kenya makes him the most suitable candidate yet.

Gideon Moi is the Chosen One – Says Atwoli as he Suggests Uhuru Will Betray Raila Odinga in 2022 Reviewed by samrack on November 24, 2020 .