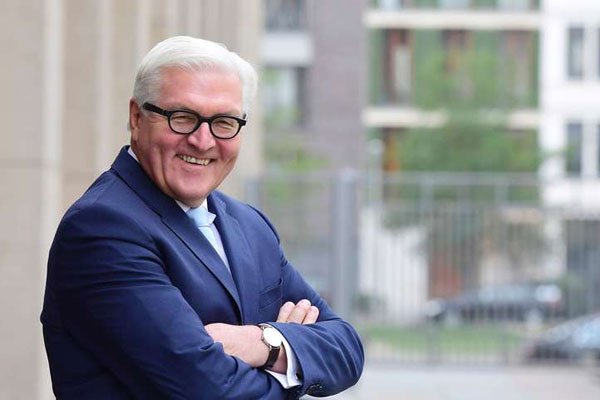 Mr Frank-Walter Steinmeier is visiting Nairobi today, becoming the most senior government official to tour Kenya since Chancellor Angela Merkel in 2011. He is accompanied by a business delegation interested in the growing E. African Community market.

He spoke to Nation ahead of the visit

Your visit to Kenya comes about nine years since Chancellor Angela Merkel came here (July 2011). What is the purpose of your tour?

I am delighted to be revisiting your beautiful country exactly five years after my last visit. Back then, I came as German foreign minister.

Today, it is a special honour to be here on the first state visit by a German president to Kenya. I admit that this visit is long overdue.

For Kenya and Germany are closely linked in so many ways and, what is more, as key countries in their respective regions they are natural partners when it comes to tackling the challenges of the future.

There are many areas in which we can both benefit from close cooperation. These include the fight against climate change, whose impact is ever more tangible.

One hugely important issue to us all is the advancing spread of digital technology, which is aff

I am delighted to be revisiting your beautiful country exactly five years after my last visit. Back then, I came as German foreign minister.

Today, it is a special honour to be here on the first state visit by a German president to Kenya. I admit that this visit is long overdue.

ecting all areas of life — whether it be in Kenya or Germany.

I am especially pleased to experience first-hand the innovative drive in your country, which has produced new ideas and thus boosted social and economic development in Africa.

In a nutshell, I am looking forward to my meetings and encounters in the coming days and I am grateful to President Uhuru Kenyatta for this invitation and the hospitality extended to me.

Germany was the first country to establish formal diplomatic relations with Kenya after the latter’s independence. What is your assessment of those bilateral relations so far?

You are quite right. Germany was the first country to recognise Kenya after it gained independence in 1963. The number plates of the German Embassy in Nairobi remind us of that to this very day: 1 CD. As a “car nation”, Germany has always regarded this as a special honour.

Kenya and Germany have had good and amicable relations in the spheres of politics, the economy and culture for the last six decades. That is why I am accompanied on this trip by prominent representatives from the world of politics, the business community and civil society who are engaged in Kenya. I am confident that my visit can provide impetus for intensifying our relations even further to the benefit of our peoples.

How will the future of Germany-Kenya relations look like, considering there are other emerging world powers seeking Africa’s cooperation?

On their continents, Kenya and Germany are countries with great appeal — in their own respective regions and beyond. Our continents — Africa and Europe — are neighbours in geographical terms. However, we sometimes find it difficult to grasp this reality emotionally.

I encourage my fellow Europeans to realise that a good future for Africa is of crucial importance to our development and that of our entire planet.

Or to put it another way, our future can only be bright if we realise that we have a shared future, one that we have to shape together. The fact that we are neighbours and that we are learning from each other, as well as our mutual respect, tolerance and exchange will hopefully foster a fruitful new partnership to the benefit of both sides.

I am impressed by the determination to make a fresh start, as was demonstrated, for instance, by the establishment of the African free trade area (AfCTA). And the opening up of society and the political sea change in Kenya’s neighbourhood, for example in Ethiopia and in the Sudan, are further evidence of this.

Germany and Europe staunchly support the transformation in both countries. There are also tremendous economic opportunities. Kenya is seen by many companies as a market of the future.

There is always debate between development assistance (aid) and trade relations. What is Germany’s favourite policy with Kenya?

I do not think this is a case of either-or. Our experience shows that both — private sector cooperation and official development cooperation — are key dimensions of our partnership. As one of the strongest economies in East Africa, Kenya is Germany’s most important economic partner in the region.

At the same time, Kenya is a priority partner country in our development cooperation. Germany is one of Kenya’s most important international donors.

Our portfolio of politically pledged or currently ongoing projects amounts to around one billion euros (Sh109 billion). The promotion of youth employment is the main priority in German development cooperation. Germany supports sustainable agriculture, the expansion of renewable energies and the fight against corruption.

Furthermore, Kenya is a main host country of refugees in the region — something which is not widely known in Germany.

I am therefore looking forward to gaining a first-hand impression during my visit to Turkana. We are also providing assistance for refugees and the communities which have taken them in.

However, I am also accompanied by a business delegation. For the interest of German companies in Kenya and in the huge market of the East African Community is growing.

I am certain that my meetings and talks during this visit will offer good opportunities to expand our bilateral economic and trade relations. Most major German companies have bases in Kenya, many of them even have large regional representations.

Both Germany and Kenya traditionally share the vision on countering violent extremism. Yet the counterterrorism and peacekeeping force in Somalia known as AMISOM, of which Kenya is a part, continues to face funding shortages. What kind of support should Nairobi expect from Germany in this regard?

Let me say quite clearly that Germany values Kenya as a key anchor of stability in East Africa.

Kenya traditionally places its faith in conciliation, good neighbourly relations and the peaceful settlement of disputes.

Moreover, Germany particularly appreciates Kenya’s ongoing engagement during the last few years in the fight against terrorism and the stabilisation of your neighbouring country Somalia. Since 2012, Kenyan troops have been an indispensable part of the AU mission AMISOM, which is supported by the EU, Germany and the international community.

Your country has not been deterred by the repeated major attacks by Al-Shabaab, most recently at the start of this year. Your country has succeeded in all of this and has also maintained the fundamentally good relations to date between the Christian majority and the Muslim minority. Kenya can be proud of that.

Germany is providing Somalia with particular support in the security sector, maritime security as well as political reform and reconstruction.

With Brexit, Germany becomes the biggest economy in the European Union. How should we expect your country to relate with Kenya from now on?

Germany has long since had the strongest economy in Europe. However, although I very much regret the departure of the UK, our main task is to hold the European Union of the 27 together and to strengthen it. The transition period began on February 1, after the withdrawal of the UK from the EU.

We want to maintain the closest possible partnership with the UK — the details will now be negotiated in the coming months.

During the transition period, the UK will remain bound by the EU’s preferential agreements with countries like Kenya. However, Germany and the EU have a considerable interest in expanding and strengthening relations with Kenya irrespective of the Brexit issue.

There is an increasing risk to the value of the UN system or multilateralism as some world powers seek to undercut it for their interest. How does Germany intend to defend multilateralism? And what should be improved?

Withdrawing in order to concentrate on a narrowly defined national interest harms us all. It casts us back to a world in which everyone seeks to enhance their own security at the expense of others. However, such a rejection of international cooperation also prevents us from coming up with convincing answers to the issues and problems that no one, not even the biggest nation-state on Earth, can solve alone. It damages the institutions and instruments we absolutely need to tackle the major issues facing humanity, issues specified in the United Nations Sustainable Development Goals. Climate change mitigation is but one of them. Here, though, it becomes clearer by the day that the repercussions are not only felt by small states. A blinkered or short-sighted national view will cost even the biggest of us dear. All over the world, our children’s and grandchildren’s generation will pay a high price for our failure to act and for nations going it alone, undermining joint action.

Germany is currently a member of the UN Security Council. We used the first year of our membership to further intensify the cooperation between the United Nations and African partners. For example, we are the only Western troop contributor supporting the joint UN-AU peace mission in Darfur.

This mission can be a blueprint for the future of cooperation between New York and Addis Ababa: African solutions to African problems with the support of the international community. Germany is the largest European troop contributor in the UN peace mission MINUSMA in Mali. Moreover, we are engaged in the fight against Ebola, not only bilaterally but also within the UN framework. Together we are working to advance Silencing the Guns in Africa.

We would like to strengthen multilateralism and the rules-based world order in cooperation with our African partners — also in the UN Security Council. To that end, the German Government has established an Alliance for Multilateralism in order to find practical new forms of cooperation in our common interest.

Nairobi is an important regional centre for major UN organisations, for example the UN Environment Programme (UNEP) or the UN Human Settlement Programme (UN-Habitat). And Kenya is a key partner for us in the worldwide campaign to find joint solutions in the age of the Anthropocene, in which for the first time humans have fundamentally changed the living conditions on our planet with their own actions.