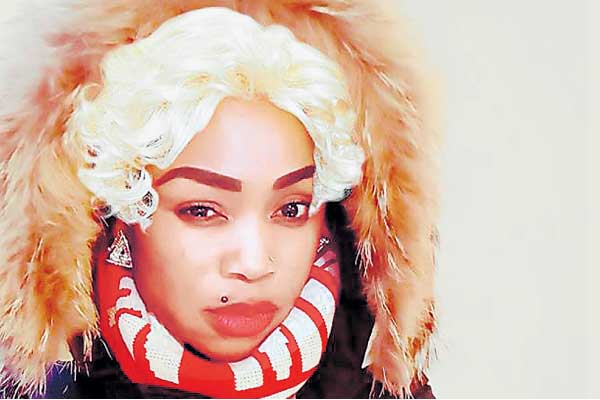 When Ms Ann Wambere Wanjiku Ngirita, 30, sat her Kenya Certificate of Secondary Education examination in 2008, she did not know that she would one day be fabulously rich; that fame and fortune awaited.

But her dealings with the National Youth Service (NYS) seem to have catapulted her to financial stardom that changed her life and that of her family.

She has been described as an air supplier to NYS.

She is now being mentioned among some big names, including Public Service Principal Secretary Lillian Mbogo Omollo and NYS Director-General Richard Ndubai.

The meteoric rise to financial stardom of the Ngirita’s family has even dumfounded their long-time friend Albert Munga (not his real name).

He knew the family in their formative years as they resided in the humble county council estate and at times, according to Mr Munga, the family struggled to put food on the table.

But since some of the family members started getting lucrative contracts especially from the NYS, their lifestyle changed suddenly to that of affluence.

“Some of them started living large, driving big cars and moved to the leafy Lake View Estate in outskirts of Naivasha town. For the last two years, it has been a complete metamorphosis for the family members,” Mr Munga said.

WEALTH
He knew the family was engaged in genuine dealings with the government entity but was taken aback after the recent scandal that has now roped in several family members.

“I used to believe theirs was a legitimate business since they used to deal in cereals,” Mr Munga added.

He reveals that the family has acquired several prime properties in Naivasha town, the latest being a church plot sold at Sh45 million.

“The family also bought a top of range vehicle at Sh16 million and another prime plot in town.”

The purchasing spree by the family, according to him, raised minimal suspicion given that Ngiritas dealings with NYS was in the public domain.

Mr Munga admits that he used to lease vehicles to some of the family members to help deliver supplies to the Gilgil based NYS training college, but the family had scaled down on the activities for the past two years.

“Surprisingly, it was within the period that the family financial muscle grew,” Mr Munga said.

Ann, a mother of one, who is said to have pocketed Sh59 million, has been in and out of the country, mostly visiting her siblings in Germany.

She also used to operate a shop in Naivasha town selling imported merchandise from Germany.

Her taste for fine things and partying are in public domain. In Nakuru Town those who know her face say she is a businesswoman.

“I know her as businesswoman who operates a series of businesses and has her own companies,” Mr Peter Mungai – who interacted with her – said.

BUSINESSWOMAN
When the Nation team visited the family’s home at the leafy suburb of Lake View Estate on Thursday at around 1pm, only the house help was in the homestead, intimating that the owners had left early in the morning.

“Mama na Ann walitoka Asubuhi na sijui walienda wapi (The owner of the house and her daughter left early in the morning and I am not aware of their whereabouts),” she said.

Her mother’s cereals shop in Naivasha town remained operational but none of the Ngirita’s was at the premises.

The shopkeeper, a woman in her mid-30s, did not want to speak about the whereabouts of the Ngirita’s.

Residents who had gotten wind of the revelations that she was involved in ‘shady dealings’ with NYS spoke in hushed tones.

However, those who agreed to be interviewed described the mother as a respected businesswoman and the family as one that has been engaging in business.

From rags to riches: A story of NYS air supplier Ngirita Reviewed by samrack on May 24, 2018 .

From rags to riches: A story of NYS air supplier Ngirita When Ms Ann Wambere Wanjiku Ngirita, 30, sat her Kenya Certificate of Secondary Education examination in 2008, she did not know that she would one day be fabulously rich; that fame and fortune awaited. But her dealings with the National Youth Service (NYS) seem to