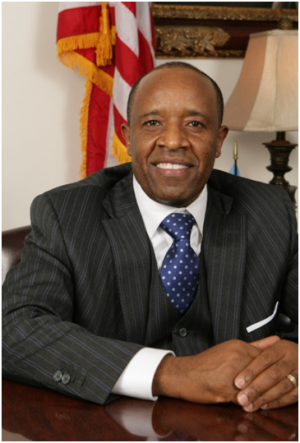 Dr. Benson M. Karanja, Ed.D., H.S.C. remembers how he once worked as a janitor at Beulah Bible College in Atlanta,US, to pay for his tuition and upkeep. Dr Benson Karanja. As a janitor he was responsible for cleaning offices and bathrooms at the college and cutting grass. That was in 1988. Sixteen years later he became president of the same college. Karanja, who hails from Njoro in Nakuru District, became the first African immigrant in the US to hold such a coveted position. Beulah Bible College is a private not-for-profit institution and one of the fastest growing in southeastern US.

Before he got a work permit, Karanja says, raising fees was difficult and he had to work for 60 hours every week to make ends meet. His wife, Esther, did her best to help by working as a house-help. Today, at 50, Karanja is a busy man who jets around the world making decisions at very high levels. “Working as a janitor trained me to appreciate everybody. Even those people who clean offices are very important in any organisation,” he says. He was the only student janitor at the college then and though he was skilled in other jobs, they were not readily available for immigrants, he says. “People come to my office and are amazed at how big it is, but they donít know how many times I came to the same office to collect garbage,” he says. Karanja says he takes a lot of interest in whatever he does, adding: “I am a what-you-see-is-what-you-get kind of man.”

As a student, he completed his first degree in Biblical Education in two-and-a-half-years and enrolled at Emory University for a masterís course. He then got a job with a large organisation as managing director for the Middle East and Europe region. Later, Beulah offered him a job as a teacher and librarian. He applied and got a permanent residence status in the US, which allowed him to apply for loans and scholarships. He successfully pursued a doctorate degree and later rose to the vice-presidentís post in charge of student services. After excelling in the position, he was appointed executive vice-president and finally president of the college, he says. He invited Kenyan Government officials to attend his inauguration.

Currently, Beulah has students from 32 countries, out of which 70 are Kenyans. More than 500 Kenyans have gone through the college. Karanja says the college has invested more than Sh1.4 billion in various projects in Kenya.

Dr. Benson M. Karanja, Ed.D., H.S.C. remembers how he once worked as a janitor at Beulah Bible College in Atlanta,US, to pay for his tuition and upkeep. Dr Benson Karanja. As a janitor he was responsible for cleaning offices and bathrooms at the college and cutting grass. That was in 1988. Sixteen years later he became