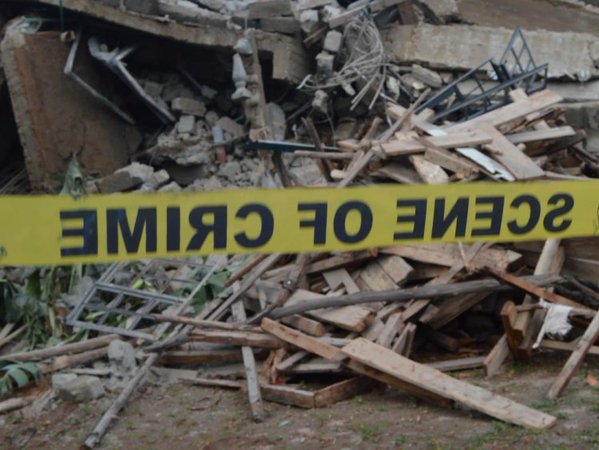 Four-storey building has collapsed in Zimmerman estate in Nairobi. Photo/File

A four-storey building has collapsed in Zimmerman estate in Nairobi’s Eastlands area.

However no casualties were immediately reported as tenants had vacated after it was declared unfit for habitation and marked for demolition by the National Construction Authority and the Nairobi County officials.

The police and St John Ambulance are however on site to ascertain if there could be anyone trapped in the rubble.

“There were no occupants in the four-storey building and therefore no injury was reported ” Kasarani OCPD Robinson Mboloi said.

Residents said the building tumbled at about 2 am. It had been marked for demolition in 2014.