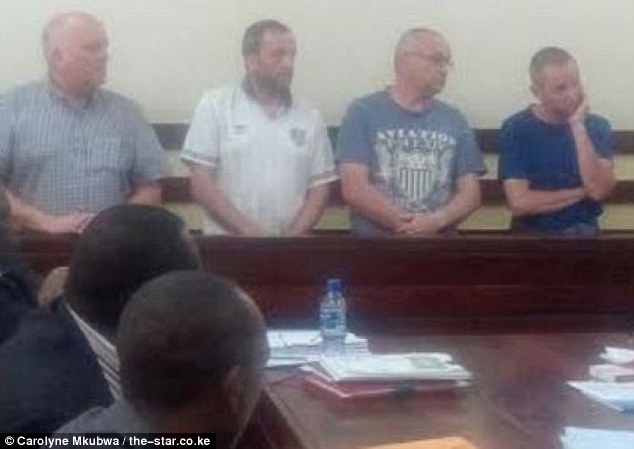 Four British plane spotters have been locked up in Kenya as suspected terrorists after filming aircraft taking off from an airport.

They were arrested by Kenyan police in the capital Nairobi while filming planes from an airport bar during a two-week plane-spotting trip in Africa.

The friends – Eddie Swift and Paul Abbott, both 47, Steve Gibson, 60, and Ian Glover, 46 – have been behind bars since their arrest on Monday, according to The Sun.

Four British ‘anorak’ plane spotters arrested in Kenya over terror offences for taking snaps of take-offs as they sat in an airport pub Reviewed by samrack on March 20, 2016 .

Share thisFacebookTwitterPinterestEmailWhatsAppFour British ‘anorak’ plane spotters arrested in Kenya over terror offences for taking snaps of take-offs as they sat in an airport pub   Four men were arrested by Kenyan police in capital as they filmed planes  They were on two-week plane-spotting trip to Africa when drama unfolded Eddie Swift, Paul Abbott, Steve Gibson