From his time in Kenya as a journalist, Charles Yier is bringing many lessons he learned as a reporter to help Iowa State students with information literacy and research as a humanities and social sciences librarian.

In his home country of Kenya, Yier began his career at the Daily Nation, a newspaper that covered news in Kenya, as a reporter. He frequently reported on the court and crime beats.

During his time at the newspaper, Yier wrote many stories, but he took most pride in a story he broke about a corrupt government of the time.

“We so happened to have been in a country that was under a very prolonged dictatorship,” Yier said. “The same president had ruled for over 24 years, but now it had reached a point where he had been cornered by the opposition because finally the opposition were united against him.”

Yier spoke about his involvement in reporting on the removal of the corrupt regime.

“I was lucky enough to have one politician who was in the middle of everything who told me the game plan, and I ended up [running] it in the Saturday [edition of the] Nation,” Yier said. “Eventually what he told me was exactly what transpired and this guy was eventually ousted.”

Yier said in his past if someone told him he would be working as an academic librarian in Iowa, he would not have believed it. But ever since college, he wanted to come to the United States to obtain an American education.

After continued persistence, Yier came to America with his wife and was hosted by a friend in North Carolina.

Yier moved to Missouri and hoped to study at the Missouri School of Journalism at the University of Missouri, but wasn’t able to get admission. At a career fair Charles was sold on librarianship by a professor at the event.

After going to school and graduating, Charles obtained a time-limited position as a resident librarian at the University of Iowa. After two years in Iowa City, he found himself at Iowa State.

Charles said although he originally wanted to be a journalist, he is happier than ever with his career as a librarian. He said he believes it has worked for the best, potentially being part of God’s plan for him.

“When the window of getting into the University of Missouri School of Journalism shut, I felt that it was a way God was telling me that ‘perhaps you’d better try something else,’” Yier said. “It’s turned out to be something that’s really really amazing for me.”

While working as a librarian in Ames may seem to be an entirely different world from reporting in Kenya, Yier draws many parallels between his history in journalism and his current position at Iowa State.

“There are a lot of things to learn, but I believe that the foundations of these professions are pretty much the same,” Yier said. “If you understand them you are able to plug in and just perform.”

Yier said many elements of his work as a journalist have helped him in his current position at Iowa State as an academic librarian.

“I think one thing that I brought from my background in journalism that I find quite close to what I do right now is the uncertainty that each day brings,” Yier said. “I don’t know who I’m going to meet the next day.”

Yier spoke about how that atmosphere carried over into his work at Iowa State.

“You can be in your office and get a call from a student or faculty member that would want to meet with you for some assistance,” Yier said. “It used to be like that in journalism. You would be in the newsroom and there’s a press conference that you’re not even aware of, and you’ve got to be out there.”

Yier said the pressure and not always knowing how your day might end up is something that he loved about his time as a journalist. He said he gets that same rush while working as a librarian.

Yier explained that he works and thinks best under pressure. He said the tight deadlines that often come with stories as a journalist help him perform and help both students and faculty as an academic librarian.

“I used to occasionally be asked to do a short piece here and there and these editors were very specific. They wanted it by a certain time,” Yier said. “You have to deliver, one way or the other.”

Yier said his exposure to this high pressure newsroom environment intersects with the work he does as an Iowa State Librarian.

“The same thing happens here,” Yier said. “I work with faculty a lot, and sometimes somebody just ambushes you, and the nature of the assignment the students are working on is nothing you are aware of or worked on so you just have to look at the syllabus and you have to have something to present to the class.” 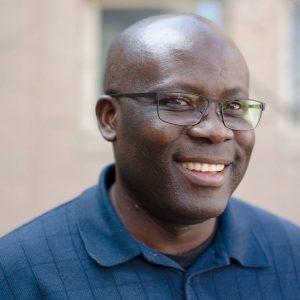 Yier works day to day with both students and faculty in and out of the classroom with research and techniques to research topics of interest. Yier collects new monographs, or books, to expand the library’s resources on different subject areas.

“A lot of students might not really appreciate it, but as you go along you’ll come to really appreciate most of the things you’re learning right now because we are now living in a very complex information landscape,” Yier said. ”Being able to utilize all of these resources will be very, very helpful.”

Yier said he feels that what is taught in Library 160 is important to what he wants students to know about information and research because good research can offer clarity on the subjects, potentially giving students an appreciation for that topic.

With talent like himself, and his coworkers in the library staff, Yier said he hopes that more students utilize the library and librarians throughout their time in college.

“If students could just make use of [the librarians] I think they would find their journey through college a lot easier and more smooth,” Yier said.