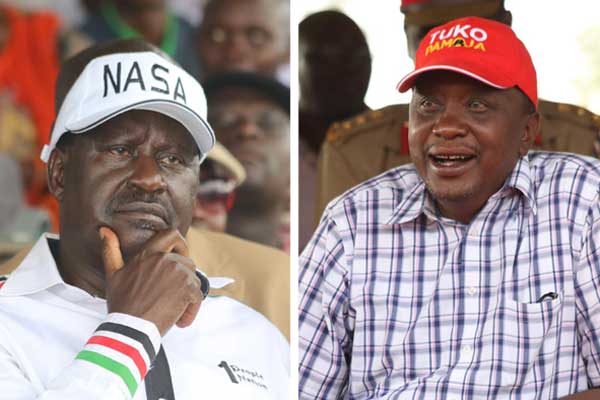 Political parties are on the spot for breaching the Constitution by nominating their loyalists and cronies to the Senate, National Assembly and county assemblies.

Most of the nominees on the lists published by the electoral commission on Sunday are politicians’ campaigners, financiers, and party primaries losers.

Both small and big parties— including Jubilee and the National Super Alliance (Nasa) —ignored minorities and marginalised groups in their nominations.

In the six Coast counties, elected leaders’ relatives and close associates dominated the lists, with some taking slots meant for minorities, youth, women and people with disabilities.

In Mombasa, minority tribes of Wajomvu and Wachangamwe were among those overlooked with the majority Mijikenda and other upcountry communities taking all slots.

In Kwale, ODM stalwarts, including Sheikh Amir Banda, who served as nominated councillor, and former Councillor Fatuma Hamisi Masito, who bowed out of woman representative race, were among the beneficiaries.

The majority Giriama and Chonyi sub-tribes of Mijikenda in Kilifi County took all nominated slots at the expense of the minority Jibana, Kambe, Kauma, Rabai, Ribe, Sanye and Italian Kenyans.

Nominated MCA Zahra Shehe is likely to be rewarded for the fourth consecutive time as her name appears first on ODM nominated MCA list.

The lists of all political parties were dominated people from the dominant Digo and Duruma sub-tribes in Kwale.

The county’s marginalised tribes of Masaai, Shirazi, Wazegeze were ignored alongside Kenya’s 43rd tribe, Makonde, who demonstrated to Nairobi before being awarded citizenship by President Kenyatta.

In Lamu, members of the majority Kikuyu, Swahili and Bajuni communities took all slots at the expense of marginalised communities like Boni and Aweer whose lives have been ravaged by Al-Shabaab insurgency in Boni Forest.

None of marginalised and minority Ilwana, Munyoyaya and Wataa communities featured on the list.

University scholar Hamadi Boga condemned the skewed nomination, saying the culture of exclusion of the minorities is crippling nation building.

Political parties, he said, have slowed down constitutionalism and rule of law.

“The ideology of liberal thinking is not being reflected,” Prof Boga said.

“We are still struggling with the same old question of alienating certain population of this country by the dominants.

Share thisFacebookTwitterPinterestEmailWhatsAppNasa leader Raila Odinga and Jubilee’s Uhuru Kenyatta. They ignored minorities and people with disabilities in their nomination lists to county assemblies in Coast. PHOTOS | FILE | NATION MEDIA GROUP Exposed: Shame of party nomination lists Political parties are on the spot for breaching the Constitution by nominating their loyalists and cronies to