Events that will shape Kenya in 2017 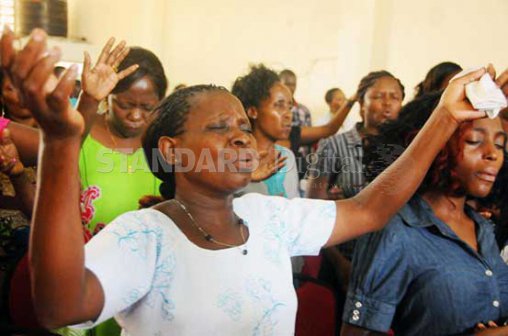 Worshipers at the Enlightened Christian Gathering church in deep prayers during a night church service to usher in the new year, January 01, 2017. [PHOTO:GIDEON MAUNDU/STANDARD]

Events that will shape Kenya in 2017

After a year of political earthquakes globally, 2017 is unlikely to be an easy ride for Kenyans. The August 8 General Election will shape Kenya’s future as this will be the largest election in East and Central Africa. This year will see more than 20,000 aspirants chasing two thousand electoral positions including that of the president, governors, senators, MPs, woman representatives and MCAs. Political careers will be made and others destroyed with a frequency never witnessed before in the history of the country. President Uhuru Kenyatta and his deputy William Ruto will be facing a rejuvenated Opposition that is seeking to dislodge them. READ: Uhuru must ensure country is united before and after polls The presidential election pits either ODM leader Raila Odinga or Wiper leader Kalonzo Musyoka or Bungoma Senator Moses Wetang’ula or Amani leader Musalia Mudavadi against President Kenyatta. Should Uhuru win, it will be a continuation of Jubilee projects among them infrastructure projects such as the extension of the standard gauge railway to Naivasha and beyond. Raila has unsuccessfully run for the presidency on three occasions; 1997, 2007 and 2013. CORD will next month unveil its flag bearer and in the event that Raila is the man, it will be a repeat of the 2013 race. Whatever the outcome of the August polls, there will be a realignment in the political field in readiness for the 2022 polls. budget cycle Another major event this year is the alteration of the National Assembly calendar. The National Assembly has been forced to alter its calendar on the resumption of its regular sessions at the commencement of the Fifth Session to Tuesday, January, 24 2017 instead of February 7. READ: Religious leaders pray for peace as Kenya in election year Contrary to the previous norm, the changes have been occasioned by the August 8, General Election, which also necessitated several changes in the budget cycle and budget-making process of the National Assembly. Last year, the Budget and Appropriations Committee, which is chaired by Mbeere South MP Mutava Musyimi, tabled a report on its consideration of the budget policy statement and the debt management strategy for the 2017-18 financial year. According National Assembly Majority Leader Aden Duale, MPs that consulted national Treasury before altering the budget calendar. “We are planning to ensure that by January 24, 2017, the draft budget estimates for the 2017-18 financial year, the Division of Revenue Bill, 2017 and the County Allocation of Revenue Bill, 2017 will have been published and read the first time,” the Garissa Township MP said. He continued: “I am sure with the party nominations being done early next year and many of the election timelines falling due in February, March and April, we might have serious quorum hitches in approving the budget for 2017-18 and any other important national agenda.” Deputy Majority Leader Naomi Shaban (Taveta MP) argued that the new budget calendar has been set to meet the budgetary obligations of the coming financial year before MPs go home for the coming elections. A major event that may determine the voting in August is the final registration of voters, which begins next month. READ: Stop sowing seeds of discord, says Gideon in New Year message The Independent Electoral and Boundaries Commission (IEBC) has set out its election operation plan, which gives dates for the second mass voter registration. The commission is targeting to register eight million more Kenyans by the time of going to the polls but this is not the only headache. There is also the controversial verification of registration as specified in the elections bill, auditing of the voter register and procurement of equipment. Already, Auditor General Edward Ouko has queried the Sh7.3 billion used to buy equipment in 2013, which is now obsolete and now IEBC wants Sh9 billion to buy new ones. The appointment of IEBC and Ethics and Anti-Corruption Commission bosses plus their swearing in is another major event. Parliament holds the key to unlocking this deadlock as Kenyans wait to know the new commissioners of  IEBC and the chairman as well as EACC chairman. President Kenyatta has nominated former Anglican Church of Kenya Archbishop Eliud Wabukala to chair EACC and has forwarded his name to Parliament for vetting. National Assembly Speaker Justin Muturi committed Dr Wabukala’s nomination to the Justice and Legal Affairs Committee chaired by Ainabkoi MP Samuel Chepkonga for vetting before tabling a report in the House for adoption or rejection. The term for the Micah Cheserem-led Commission on Revenue Allocation expired last year. Both Houses of Parliament have now approved the nomination of seven commissioners to CRA. Uhuru will now have to appoint one of the nominees to chair the commission. They include Edward Oyugi, Peter Njeru, Kishanto Suuji, Irene Asienga, Fouzia Dahir, Humprey Wattanga and Peter Kiko Kimuyu. READ: The people and institutions to watch ahead of elections This year, the Council of Governors’ is expected to have a new chairman as Meru Governor Peter Munya’s term ends. Mr Munya took over from pioneer chairman, Governor Isaac Ruto (Bomet), who served for two years as specified in the County Governments’ Act. Council elections are normally held in June after the devolution conference but this time things have changed and the annual event will be held in Nakuru next month. “Our usual devolution conference will be held in Nakuru in February since this is an election,” said Munya, detailing the process to replace him at the helm of the council.
Read more at: https://www.standardmedia.co.ke/

Share thisFacebookTwitterPinterestEmailWhatsAppWorshipers at the Enlightened Christian Gathering church in deep prayers during a night church service to usher in the new year, January 01, 2017. [PHOTO:GIDEON MAUNDU/STANDARD] Events that will shape Kenya in 2017  After a year of political earthquakes globally, 2017 is unlikely to be an easy ride for Kenyans. The August 8 General