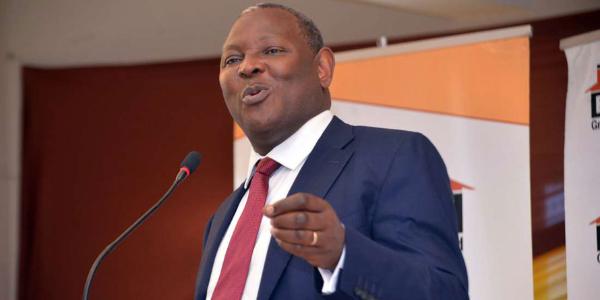 Equity Bank #ticker:EQTY has so far issued loans worth Sh57 billion through its platform Equitel launched in May 2014, highlighting Kenya’s growing uptake of mobile lending.

Kenya’s biggest bank by customer numbers said it processed a total of 7.5 million loan requests, with eight out of every 10 loan demands currently being processed and disbursed via Equitel.

The group’s chief executive James Mwangi said the ease of getting credit through mobile phones has seen Equitel average loan size more than double to Sh8,200 in the half-year to June 2017 compared to Sh3,900 in June 2015.

“Increased uptake is due to ease and convenience of access in addition to the quick decision making process. It is self-service,” Mr Mwangi said in an interview.

“The loan recipient doesn’t need security to be eligible for the loan, (and) the loan limits are based on your banking behaviour and credit history.”

There are also standalone mobile lending apps such as Branch, Tala, Saida and Mombo Mobile, which issue short-term loans via mobile money and charge a processing fee.

Facebook-linked Branch mobile app said in July it had disbursed Sh3.6 billion ($35 million) since launching in Kenya in April 2015.

Equitel’s loan book though contracted to Sh3.8 billion as at June 2017 compared to Sh5.6 billion the previous year. It stood at Sh267 million in June 2015.

READ: Equity Bank to cut back on unsecured loans to small traders

Equity mobile loans start from Sh100 to Sh3 million and are charged the capped interest rate of 14 per cent per annum, or 1.16 per cent per month – with repayment period limited to 12 months.

Typical loans borrowed via mobile were repaid in three months compared to 4.5 months in June 2016, the lender said.

Equitel’s volume of non-performing loans was at 2.0 per cent in June 2017, debunking the perception that mobile-based micro-lending is risky. Equity Group’s NPL was recorded at 7.3 per cent in the period under review.

On average, Equitel processes 8,500 loans daily, according to data for the half-year to June 2017.

Loan applicants are also charged an appraisal fee calculated at five cent of the loan amount.

Commercial Bank of Kenya disburses an average of 70,000 loans via M-Shwari, with the average credit size being Sh3,300.

Share thisFacebookTwitterPinterestEmailWhatsAppEquity mobile lending rises to hit Sh57 billion Equity Bank #ticker:EQTY has so far issued loans worth Sh57 billion through its platform Equitel launched in May 2014, highlighting Kenya’s growing uptake of mobile lending. Kenya’s biggest bank by customer numbers said it processed a total of 7.5 million loan requests, with eight out of