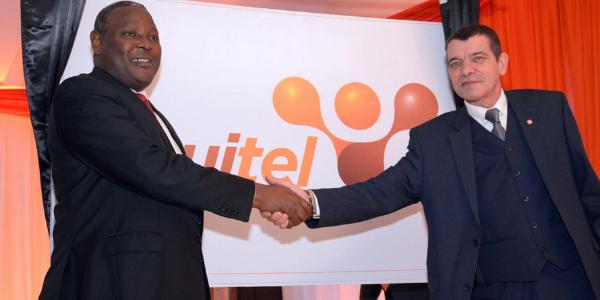 Equity Bank’s mobile banking platform accounted for over a fifth of mobile money transfers in the latest sector statistics by the Communication Authority of Kenya.

Equitel, launched in August 2014, recorded an increase in the second quarter of 2016/2017 to Sh251.6 billion worth of transactions up from Sh45.4 billion during a similar quarter last year (2015/2016). This increased the percentage share of transactions to 22 per cent, up from five per cent during the same period in the previous quarter.

Since it went live in 2015, Equitel has become the second largest mobile money service in Kenya in terms of transaction values.

The largest is Safaricom’s M-Pesa, which had Sh892.9 billion worth of transactions for the 2016/2017 period, up from Sh754.8 billion the same quarter the previous year.

“The volume of transactions (deposits and withdrawals) on this platform was registered at 456.6 million with Sh1.1 trillion transferred during the period. Mobile commerce recorded a total of 262.6 million transactions with Sh586.4 billion used to pay for goods and services. The person-to-person transfers amounted to Sh515.9 billion during the period,” said the second quarter sector statistics.

The data from the CA looked at transfers from M-Pesa, Airtel Money, Orange Money, Equitel Money, Mobikash and Tangaza.

The Central Bank of Kenya indicated that at the end of 2016, the volume of cash moved through mobile money transfer platforms grew by a fifth last year to cross the Sh3 trillion mark for the first time.

This means that Kenyans transacted an average of Sh280 billion in real-time mobile-based payments per month, or Sh9.2 billion a day last year – compared to the Sh7.7 billion moved daily through the same platform in the full year of 2015.

Mobile money has become an integral part of commerce in Kenya over the past decade. It has evolved to become a loan disbursement tool, adding to other uses such as peer transfers, betting, as paying for shopping, utility bills (water, rent and electricity), school fees, and receiving dividends.

Commercial lenders have rolled out the PesaLink platform that allows for digital bank-to-bank payments. PesaLink enables customers to make real-time payments between bank accounts without going through intermediaries such as M-Pesa.