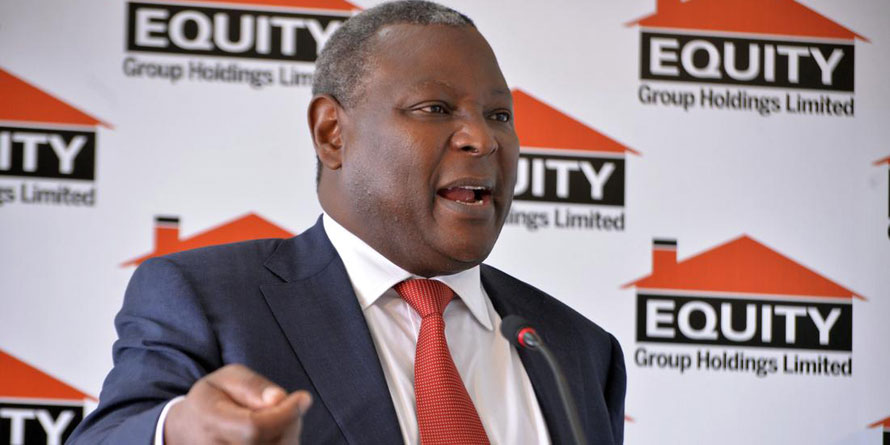 Equity Bank has recorded a 4 per cent drop in net earnings to Sh16.6 billion for the year 2016 attributed to a lag in lending after the interest rates capping.

The bank’s chief executive James Mwangi blamed the capping on bank lending rates for the shift to lending larger SMEs with security and lesser risks leading to a drop in total loans disbursed by six per cent.

“We are taking a cautious approach on lending to the micro-enterprises as the risk is growing up and they are neither secured nor are they priced in the current controlled interest rates regime.

“We have a cost of risk that we cannot pass to the borrower and this is eating into bank’s profitability. The capping only withdrew the tool we use in the market, giving one price for all risks,” Mr Mwangi said.

Mr Mwangi blamed the government for introducing a cap on lending rates while failing to control inflation and borrowing at a higher rate through government securities.

He said the micro sector had hit the bank hard with default on loans while the capping prevents the lender from factoring in the risk into the rates.

The micro businesses defaulted highest at 9.5 per cent.

The banking sector, according to him, had gone through turbulent times with high inflation, drought, currency fluctuation and loss of public confidence after three banks collapsed last year adding to the loss of interest rate control.

The lenders’ struggling liquidity peaked in December when they borrowed Sh91.6 billion from Central Bank of Kenya.

There has been a public outcry by lenders who cannot access credit amidst claims that banks want to prove their earlier stance that the capping of rates would hurt smaller borrowers.

The bank said it plans to grow its alternative channels of transactions translating to higher cost savings.