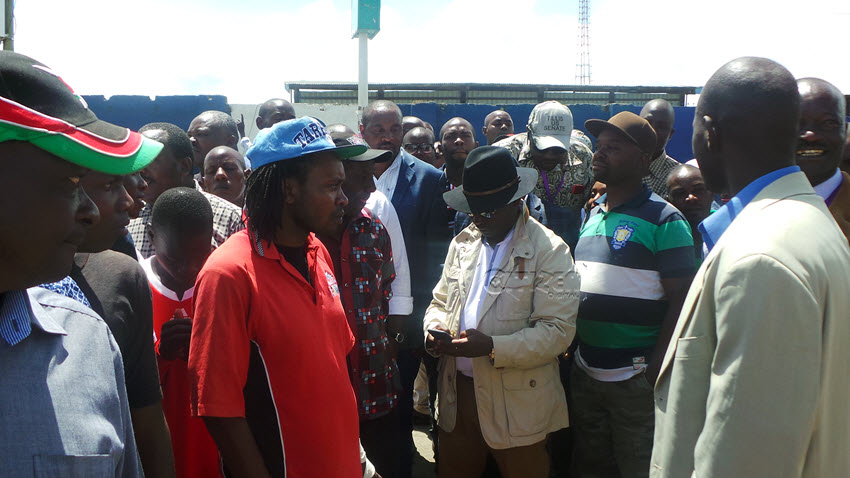 A scuffle ensued outside the Afraha Stadium in Nakuru after Kiambu Governor William Kabogo’s security detail was denied access to the thanksgiving rally venue.

The Governor and his bodyguards tried to access the stadium through the VIP entrance to no success with the police manning the entrance insisting that only the Governor can use the gate. 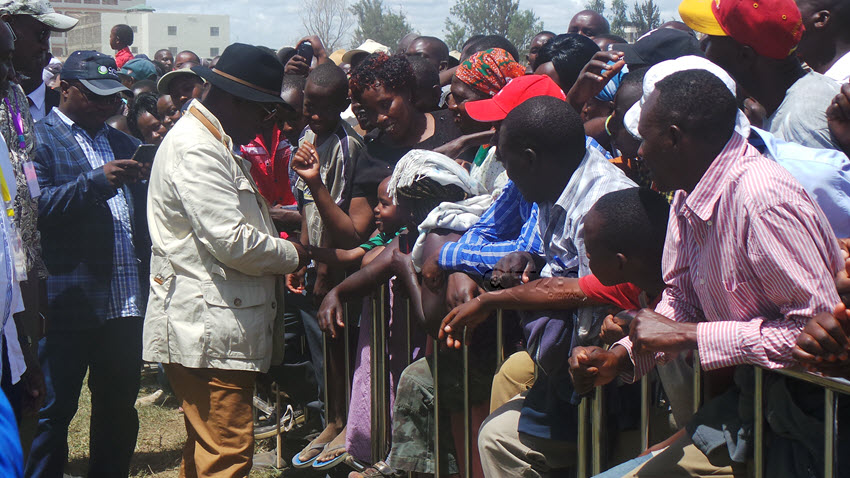 The situation seemed to get out of hand as the bodyguards tried to force their way through, with the police receiving backup to thwart the bodyguards’ insurgence.

The Governor and his security detail then opted to use the regular gate and queue with the rest of Kenyans, despite attempts by some police officers to grant them direct pass.

After about 10 minutes, Kabogo and his team managed to enter the stadium, greeting jubilant supporters on his way to the dais.