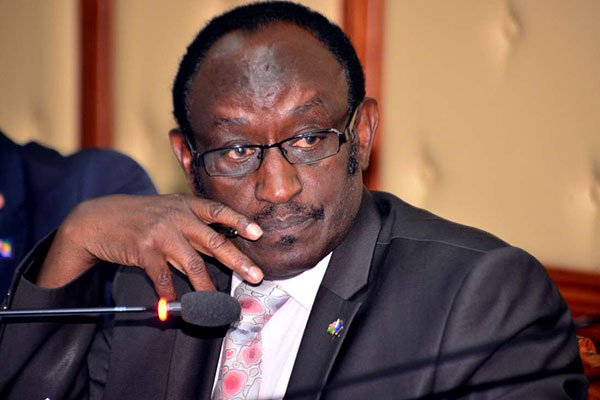 The Director of Public Prosecutions Noordin Haji on Wednesday ordered the arrest and prosecution of former Nyandarua Governor Daniel Waithaka Mwangi and seven others over a fraudulent Sh50 million water and sewerage tender.

The officers will be charged with abuse of office and flouting of procurement procedures.

The former governor and Ms Grace Wanjiru Gitonga (then a county executive committee member for the Department of Water and Natural Resources) will be charged with failure to comply with procurement laws.

“The former county boss and Ms Gitonga will be charged with wilful failure to comply with the law relating to public procurement, contrary to section 45 of the Anti-Corruption and Economic Crimes Act, 2003,” read part of a statement by DPP Haji.

The two will also be charged with engaging in a project without prior planning, contrary to procurement laws.

The former governor also faces a charge of abuse of office, contrary to section 46 of the Anti-Corruption and Economic Crimes Act.

Others implicated in the Sh50 million scandal include, Kihiu Gichinga Gaiko, John Ngigi Daniel and Jesse Wachira Mwangi, then officials in the Nyandarua County government.

In addition the DPP has recommended the arrest and prosecution of owners of M/S Tahal Consulting Engineers Ltd, Chen Yochanan Ofer and Albert Attias for fraudulently acquiring public property.

Investigations into the matter have been going on since 2014.

The DPP said investigations had indicated that the former governor flouted procurement laws and regulations in awarding the contract to M/S Tahal Consulting Engineers Ltd in December 2014.

The company, which was to redesign the Ol kalou town sewerage system, was irregularly paid Sh50,470,513.

Investigations revealed that during the financial year 2013/2014, Nyandarua County government neither had a procurement plan nor funds for the project.

It also emerged that at the time of the transaction, the company was not a lawful entity, which was in breach of Public Finance Management Act regulations.

The county government also did not seek the approval of the Public Partnership Committee before signing the contract on April 30, 2014.