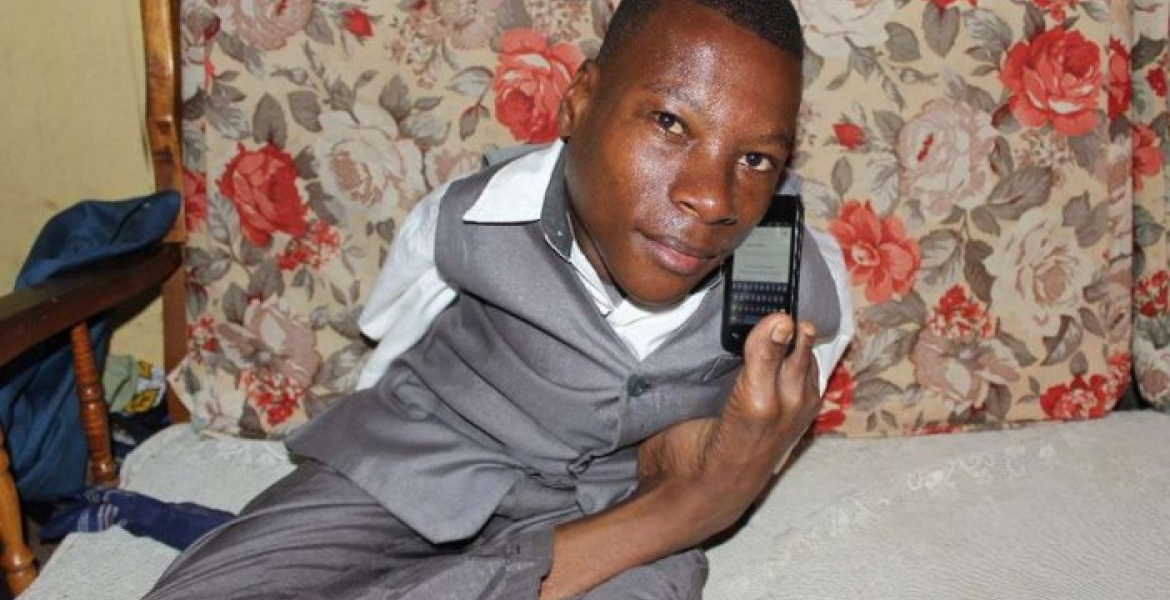 21-year-old Gichuhi Macharia has earned an invite from the President after photos of him casting his ballot using his feet during October 26th repeat presidential election went viral on social media.

The Star reported that President Uhuru was stunned by the devotion of the young man from Thika and tasked Transport Cabinet Secretary James Macharia and local administration officers with tracing the man.

Gichuhi, who holds a Diploma in Computer Science was traced in Thika’s Witeithie Estate where he rents a single room. He uses his feet to type, write and eat.

Speaking to the Star, Gichuhi lamented of unfulfilled promises from politicians contesting for different seats in the August 8th election. “People promised to assist me during campaigns but they never keep their promise and after months of trying to follow up, I gave up,” he said.

He dreams of setting up a business of his own, but lack of capital has derailed the plan.

“What I want is a business that can accommodate cosmetics, a salon, barbershop and cyber cafe. All I need is capital,” he added.

Share thisFacebookTwitterPinterestEmailWhatsAppDisabled Kiambu Man Who Cast His Ballot UsingFeet Earns State House Invite to Meet President Uhuru A disabled man from Kiambu County will soon meet President Uhuru Kenyatta at State House, Nairobi. 21-year-old Gichuhi Macharia has earned an invite from the President after photos of him casting his ballot using his feet during October