At first glance, the unusual design of Rainbow Ruiru Resort on the Thika Superhighway resembles a giant, magnificent tower. Its ambience and serenity has made it a jewel in the local hospitality industry. However, it is hard to believe that this attractive piece of property with spectacular views of Mt Kilimambogo stands on a piece of land that was once a condemned stone quarry.

Today, it stands as a testimony of what sheer will power and an unbroken childhood dream can do to transformthe most desolate of places to a most-sought-after property now worth Sh3 billion. To some, the story of Julius Kamau and his resort may be hard to believe. As a young man in his late 20s, Kamau came home one day and told his mother that he wanted to go abroad to further his education.

He had no coin to his name, neither did his family. “My mother was winnowing beans and humming a song when I dropped the bombshell. I was able to raise ticket money and some more to pay for college in England,” he says. In between his studies (he studied a diploma and a degree in business management), Kamau worked as a security guard, hoping to save enough “to build my hotel”. 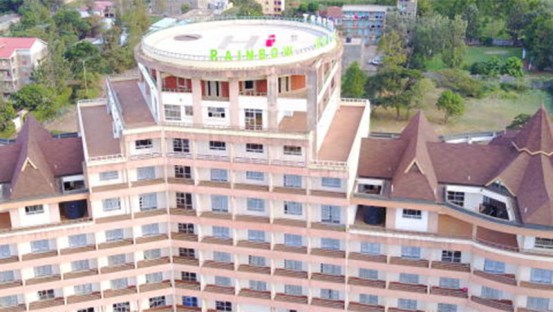 He would later form his own security company in the United Kingdom that employed hundreds. As many Kenyans in the diaspora are wont to do, Kamau sent about Sh300,000 to his brother in mid 1998 to buy him some land around Ruiru that he would use to actualise a childhood ambition of building his own hotel. “What I got was an abandoned, waterlogged quarry. I told my brother that I was looking for a plot, not a piece of Lake Victoria,” Kamau, 61, told me from his ninth floor office, below the hotel’s helipad.

From London, Kamau sent a sketch to the then Ruiru Town Council as he sought their advice on approvals. “They thought I was mad. They actually told me that they were looking for ways to fill the quarry that had become a danger to local residents.

Putting any permanent structure here, let alone a 10-floor hotel, was out of question,” he says. The area had no piped water, no roads or a sewer line. With the help of architects and engineers, Kamau presented to the authorities alternative designs, including the construction of an on-site septic tank, that seemed to mitigate the challenges.

The former gaping hole was modelled into a basement where a water treatment and recycling plant is located. The resort comprises 130 rooms, 12 fully-furnished apartments and a penthouse. Two of the 12 conference halls can hold between 200 and 500 people.

The remaining 10 can accommodate up to 100 guests. The classical architecture and decorative regime are designed to invoke the feelings of an up-market establishment. The rooftop has a special restaurant that gives visitors a clear view of the vast Kiambu County and its environs.

“This has been my most fulfilling entrepreneurship journey that has given Ruiru Town a new impetus as a hospitality and investment hub. Our dream has been to create a facility that evokes good memory about the client’s stay here,” he says. As the resort that no one else but Kamau believed in turns five tomorrow, he will be looking back with a sense of joy and pride at the product of an idea he conceived in the early 1980s.

My American Experience: People Live In Advance, You Spend Before You Earn

My American Experience: People Live In Advance, You Spend Before You Earn