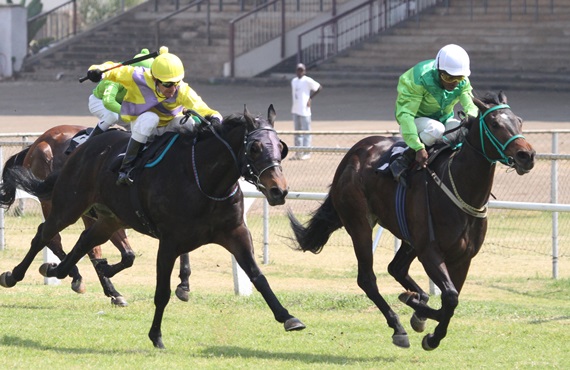 Derere bid his time to perfection, as he maintained his place in the middle of the 11-horse field before pushing Hawker Fury to the limit with 50 metres left to pass local favourite James Muhundi on tote favourite As Paragonat at the finishing post by three quarters of a length.

Finishing third in the first Kenyan classic race of the season was Billy Eliot, ridden by Paul Ngugi, while Tenby (Lesly Sercombe) was fourth.

“It feels good to come back with a win in Kenya, obviously it’s always good when you go to another country and manage to win one of the biggest races on their calender,” Derere told Standardsport in an interview last week.

“It was very exciting for me to win there because everytime that I race outside the country, I always aim to do well because I know I will be representing Zimbabwe.”

Derere’s triumph in Kenya comes after he rode the Gavin MacLeod trained Aloft to victory in the
1 700m Maiden Plate at Borrowdale Race Course in the first race meeting of the 2017 season on January 8.

The 31-year-old top Zimbabwean rider will return to action on the local circuit today in the Original Genuine Lotto 1999 Allowance Plate for three-year-olds hoping to continue with his fine start to the year.

Derere made history in 2002 when he scored one of the great feature upsets of the 21st century on Spike Lerena’s Grand Format in the Laurie Jaffee silks to become the first black jockey to win a Grade 1 race in South Africa while he was still an apprentice.

The Borrowdale Racecourse pilot joined the academy in 2000 and started riding in September 2001 on Blue Quail, who ran into fourth place.

He rode his first winner on La Scara in October 2001 for trainer Alex Laird at the now closed Clairwood Racecourse.