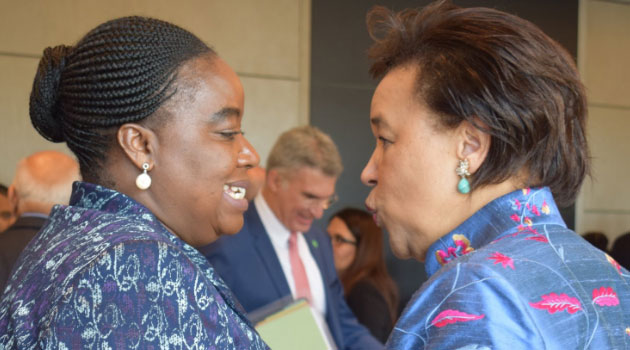 Commonwealth Secretary-General, Madam Baroness Patricia Scotland, with CS Monica Juma during the CMAG meeting held to adopt the report prepared for consideration by the Heads of Government meeting on Friday. Photo/MFA.

Kenya will be taking over from the Commonwealth leadership from Cyprus and will be deputized by Australia.

The Commonwealth, is an intergovernmental organisation of 53 member states that are mainly former territories of the British Empire.