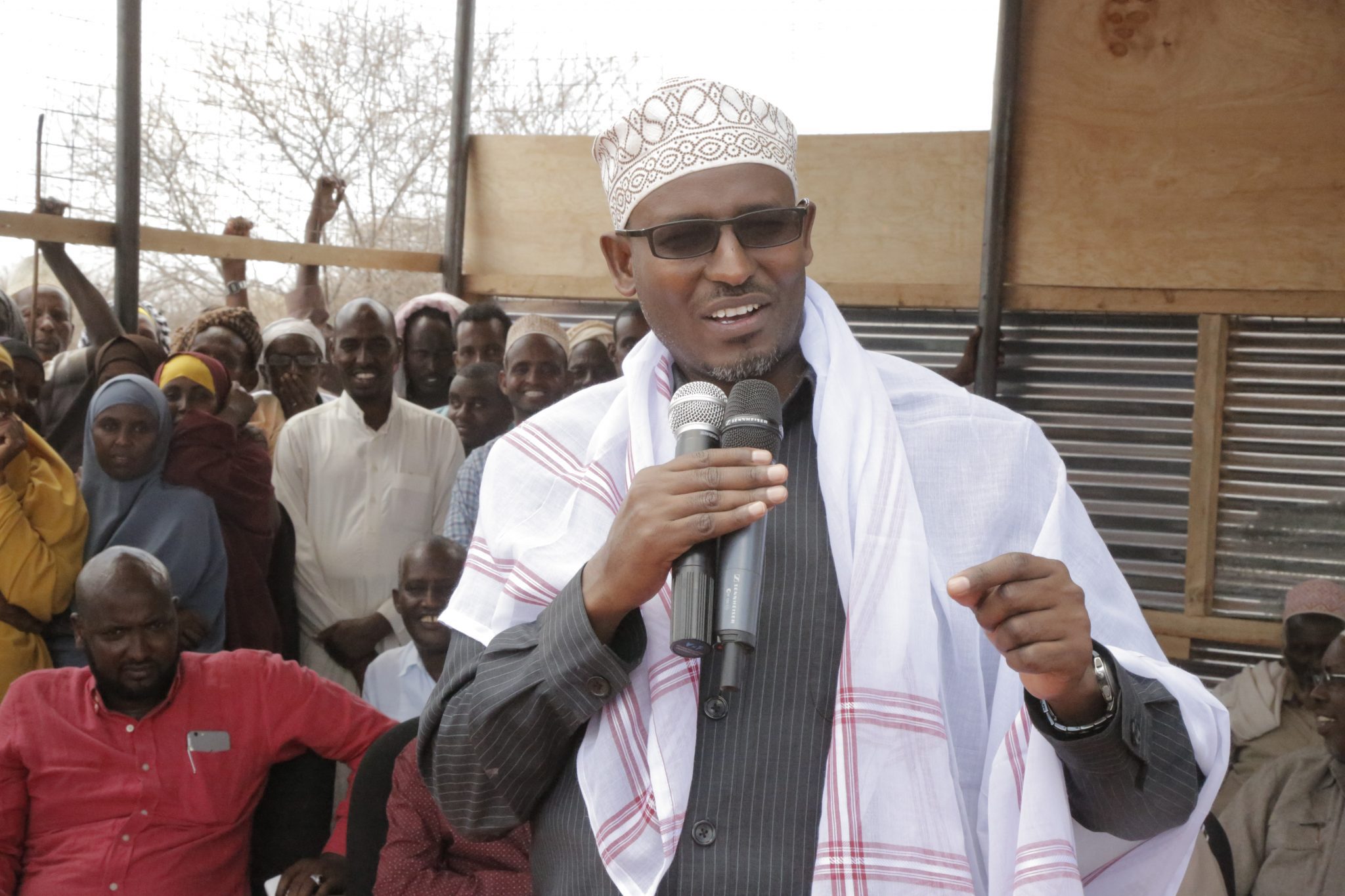 Wajir Governor Mohamed Abdi has lost his seat after the election court declared his victory as null and void.

In his judgement, Justice Alfred Mabeya said that the Jubilee governor was not legally cleared to contest for the seat in the August 8, 2017 General Election.

The court found that Mr Abdi did not have a valid undergraduate degree certificate and that the election was marred by irregularities.

The judge said the governor failed to turn up in court to dispel claims the he did not have a degree.

He said coming to court for cross examination was a good chance for him to rebut the allegations.

Justice Mabeya added that it was doubtful that the governor would have obtained a masters degree from Kampala University within six months.

The judge said a letter from Commission of University Education showing that the university was recognised by the commission was not enough.

On irregularities, the judge faulted the returning officer for opening ballot boxes which had already been sealed contrary to the law.

The court noted that a huge number of voters in Wajir are illiterate and were assisted to vote.

However, it was wrong for the presiding officers to ask voters to shout the name of their preferred candidate. He said this compromised the voting given the inter-clan rivalry.

Justice Mabeya further said that a scrutiny confirmed that many forms were not genuine because they did not either have watermarks or were either photocopies or printouts.

He faulted the election commission for failing to produce the original forms.

The court ordered a by-election to be held in accordance with the constitution and electoral laws.

The petition was filed by former Wajir Governor Ahmed Abdullahi of ODM party.

Court nullifies election of Wajir governor Mohamed Abdi Wajir Governor Mohamed Abdi has lost his seat after the election court declared his victory as null and void. In his judgement, Justice Alfred Mabeya said that the Jubilee governor was not legally cleared to contest for the seat in the August 8, 2017 General Election. The