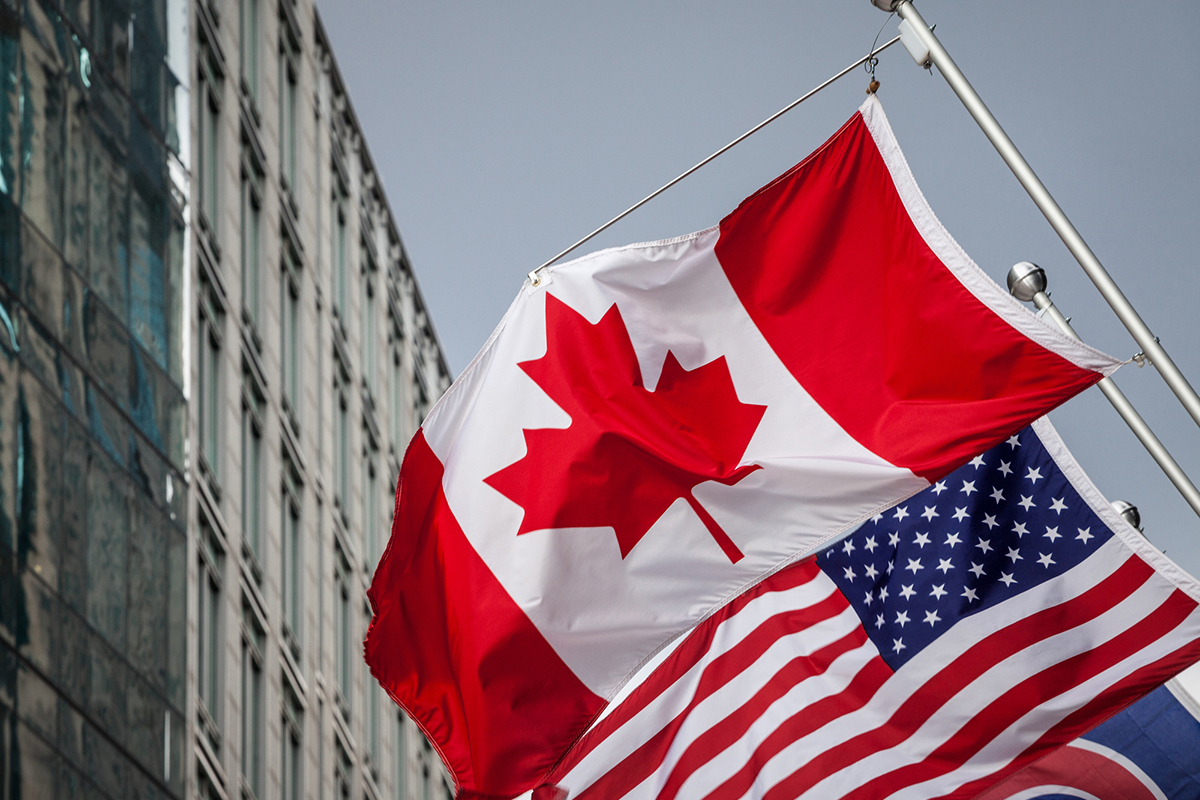 America’s temporary ban on immigration is set to come into effect now that President Donald Trump has followed through with a promise he first made on Twitter Monday evening.

Trump signed an Executive Order on Wednesday that takes effect at 11:59 PM EST on Thursday April 23. The Executive Order will suspend the processing of permanent resident applications made by those outside of the United States for 60 days. It contains some exemptions; for instance, the ban will not apply to health care professionals or researchers seeking to enter the U.S. as immigrants to help combat COVID-19.

Trump’s immigration ban is being criticized for having less to do with stopping the spread of coronavirus, and more to do with his own political agenda leading up to the presidential election this fall.

Cristobal Ramón, a senior policy analyst with the Bipartisan Policy Centre in the U.S., calls the move “purely political” given that the U.S. was already processing fewer immigration applications as a result of COVID-19. This de facto pause in U.S. immigration processing would, theoretically, have resolved itself in time without Trump’s intervention.

“He is trying to come up with a narrative that allows him to assert control over the way people are perceiving his response to COVID-19 and I think what we’re seeing is that there is no coherent narrative,” Ramón told CIC News. “He is trying to find whatever works in order to stave off criticism.”

He also says the president’s move lacks intentionality in its approach, implementation, and messaging.

Canada will not be adopting any similar immigration suspension, according to a Radio-Canada report.

Despite the havoc the coronavirus has wreaked onto the global economy, Canada still recognizes that immigration supports the labour market and the country’s economic growth.

Canada’s per capita immigration intake triple that of U.S.

Canada welcomes three times as many immigrants on a per capita basis than the U.S.

Canada has a population of about 38 million and is now welcoming around 340,000 immigrants per year (0.9% of its population).

The U.S. has a population of some 330 million and welcomes around 1.1 million immigrants per year (0.3% of its population).

Nearly 60 per cent of Canada’s immigrants arrive under the economic class, followed by 26 per cent under the family class, and 14 per cent as refugees.

The U.S. admits about 10 per cent of its immigrants under the economic class, 70 per cent under the family class, and 20 per cent as refugees.

Immigration is a matter of shared federal-provincial jurisdiction under Canada’s constitution. This enables the provinces and territories to manage their own immigration programs so they can welcome newcomers that meet their economic needs.

Just like Canada, the U.S., is a federation, and while U.S. states have strong powers under the country’s constitution, they do not have the authority to welcome immigrants.

This distinction is important because whereas in Canada, the federal government cannot restrict immigration without facing pressure from the provinces and territories, the U.S. federal government has full authority over the country’s immigration system and does not need to respond to the desire of certain states to welcome more immigrants to address labour shortages.

Another major difference between Canada and the U.S. when it comes to immigration is their political systems. Canada has a parliamentary system of government, which means that a federal political party that wins a majority or a strong minority has significant control over the country’s policies. This enables Canada to enact new immigration policies and plans fairly easily.

On the other hand, the U.S. has a presidential system, whereby power is shared equally between the president, congress, and senate. This has resulted in political gridlock in many policy areas, including in immigration, since the three branches of government need to reach consensus on major issues before enacting new policies and plans.

Both the Democrats and Republicans have long agreed that U.S. immigration reform is necessary, but remain unable to agree on the nature of the reform.

Perhaps the biggest difference between the two countries is their ability to manage irregular migration.

Prior to coronavirus, Canada had seen higher levels of irregular migration than in recent history, with thousands of asylum-seekers crossing the Canada-U.S. border.

However, Canada’s asylum figures pale in comparison to the U.S., which has long had high levels of irregular migrants crossing into the country from its southern border in pursuit of refuge and economic opportunity.

Coronavirus: While U.S. bans immigrants, Canada welcomes them Reviewed by samrack on April 22, 2020 .

Coronavirus: While U.S. bans immigrants, Canada welcomes them Trump’s new Executive Order temporarily suspending immigration highlights fundamental differences between Canada and U.S. America’s temporary ban on immigration is set to come into effect now that President Donald Trump has followed through with a promise he first made on Twitter Monday evening. Trump signed an Executive