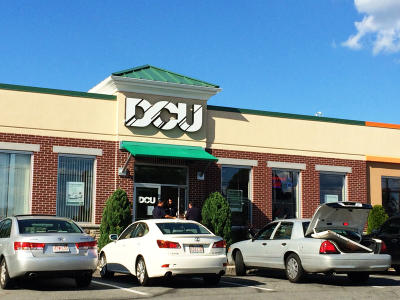 A police officer lets two of his colleagues into Digital Federal Credit Union at West Sixth and Bridge streets Tuesday afternoon as they investigate a robbery at the bank. A Hampshire Street man was later charged. SUN / ROBERT MILLS

LOWELL — A 21-year-old Lowell man is being held on $8,000 cash bail as he was arrested five hours after allegedly robbing the Digital Federal Credit Union on Tuesday.

In Lowell District Court on Wednesday, James P. Smith, of 79 Hampshire St., was ordered held on bail pending a probable-cause hearing an Aug. 30 after he pleaded not guilty to one count of unarmed robbery.

Smith was charged in connection with a heist at 4 p.m., at DCU at West Sixth and Bridge streets, according to police Read more:  http://www.lowellsun.com/