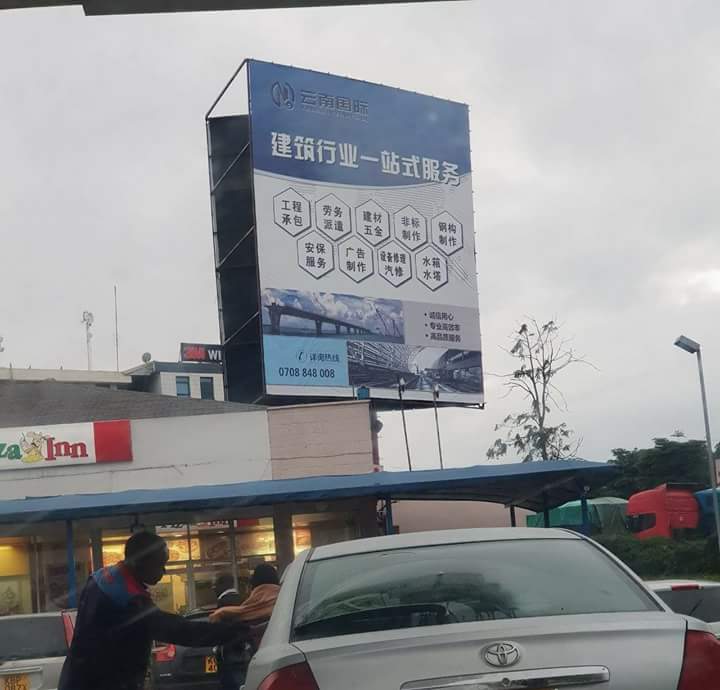 Some defended the advert saying it had its own intended market – The billboard written in Chinese appeared to have been vandalised by Tuesday morning A Chinese company has stirred the wrath of Kenyans after putting up a billboard written fully in Chinese language. Kenyans in their throngs took to social media to express their displeasure at the advertising agency that allowed the company to publish an entire billboard in a foreign language, demanding that an English translation be included as well.

Kenyans undoubtedly couldn’t contain their discomfort as the billboard seemed to have been damaged by Tuesday May 1, with a part of it hanging loose.

The whole debacle started after one social media user, Lord Mutai, asked if Kenyans would be allowed to erect a Swahili billboard in the middle of Beijing.

The billboard, which was written entirely in Mandarin, reportedly belonged to a Chinese company that was advertising its services to fellow Chinese. The controversial advert caused mixed reactions as some netizens could not fathom how such an advert, completely written in foreign language, was allowed. Read more: https://www.tuko.co.ke