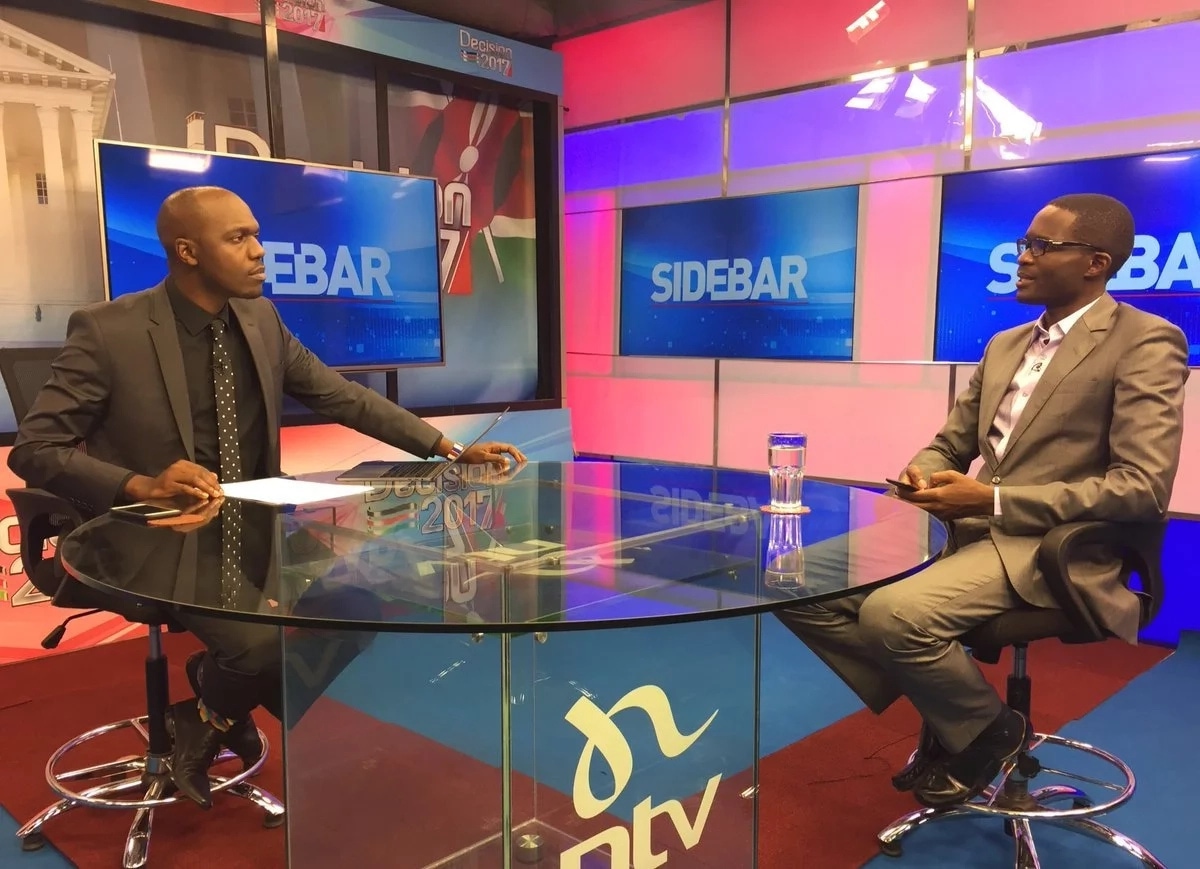 IEBC CEO Ezra Chiloba spoke on a number of issues, including the anomalies in the presidential election on August 8. PHOTO: Twitter.com/LarryMadowo

IEBC CEO Ezra Chiloba has tackled a number of burning questions regarding the nullified presidential election – Among other issues, Chiloba explained why some of the forms 34A and 34B lacked security features – He however maintains his team delivered a credible election, despite the court ruling to conduct a repeat Presidential contest IEBC CEO Ezra Chiloba has come clean for the first time on the question of security of the contentions forms 34B. Appearing on an NTV interview, the under fire IEBC boss addressed a number of pressing issues with the electoral body, including where they went wrong with the forms 34B. Chiloba admitted not all the forms had security features because some of the officers on the ground made some errors.

He went on to explain that some returning officers would physically misplace a form in the printer, consequently tampering with the security features. “For instance one Presiding Officer might wrongly place the paper with security features in the printer and then destroy it. Because there are not extra papers, they opt to use ordinary papers to fill in results of a polling station and that is how we ended up having no security features on some forms” He explained. We delivered the best election in history – Chiloba

Chiloba indicates he will not quit from IEBC as demanded by Raila Opposition outfit NASA have been particularly vocal on the lack of forms 34B for the transmission of the presidential results. Their concerns eventually yielded fruit, after the Supreme court nullified the Presidential results. According to Chiloba, however, despite the errors during the transmission of results, it should not have completely discredited the entire process. “Despite the fact they missed their security feature. So long as the results transmission was consistent, then I do not see the issue. The issues raised were not huge enough to invalidate the election” He went on. Some forms 34A and B did not have the required security features but Chiloba maintains that did not largely affect the transmission. PHOTO: Nation READ ALSO: Raila responds on claims of night meetings with Chebukati Earlier on Tuesday, September 6, there were rumors of a potential fallout within the commission after a leaked memo from chairperson Wafula Chebukati demanding for an explanation on some anomalies. Chiloba further explained that the memo was meant to be “an internal one” adding that the team had reached a consensus. Despite IEBC claiming to be fully prepared to conduct a repeat presidential poll, NASA maintains that there should be no election at all if it is to be foreseen by Chiloba’s team. Read more: Source:https://www.tuko.co.ke

Chiloba comes clean on why some form 3A’s lacked security features, leading to cancellation of Uhuru’s win Reviewed by samrack on September 13, 2017 .