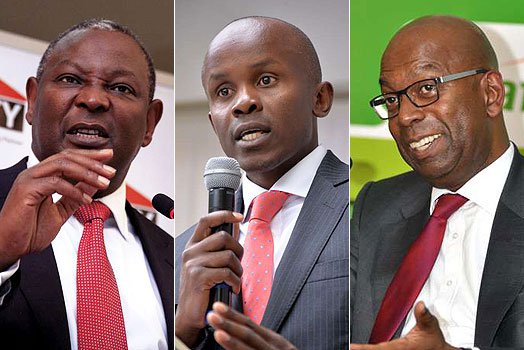 Centum Investment chief executive James Mworia is corporate Kenya’s best paid manager with an annual compensation of Sh201.1 million or Sh16.7 million per month, according to the latest financial reports.

The pay, which incorporates a performance bonus, places Mr Mworia ahead of his peers, who lead Kenya’s five largest companies by market capitalisation at the Nairobi Securities Exchange, including telecoms operator Safaricom and East African Breweries Limited (EABL).

The 39-year-old corporate executive has mainly benefited from his company’s generous bonus scheme that rewards employees for growth in shareholder funds.

The performance bonus, which has coincided with Centum’s aggressive expansion into big-ticket projects, has inflated the investment firm’s executive pay by large margins – placing them ahead of their peers.

The two executive directors at BAT Kenya – chief executive Keith Gretton and CFO Philip Lopokoiyit — are next in the pecking order with average monthly compensation of Sh13.2 million each in the year ended December.

Mr Collymore in December last year disclosed that he earned about Sh8.9 million per month in employment income in the preceding 12 months.