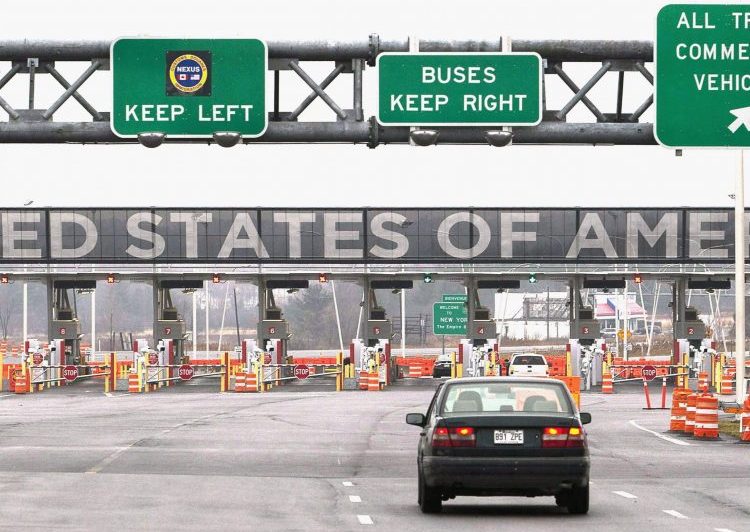 Limits on travel between Canada and the United States will persist for at least four more weeks, the federal government confirmed Monday despite signs of growing impatience south of the border.

“We are extending non-essential travel restrictions with the United States until Nov. 21, 2020,” Public Safety Minister Bill Blair declared on Twitter.

“Our decisions will continue to be based on the best public health advice available to keep Canadians safe.”

Incidental visits like vacations, day trips and cross-border shopping excursions have been forbidden since March in an effort to limit the spread of COVID-19.

The restrictions do not apply to those who must cross to ensure the continued flow of goods and essential services, including truckers and health workers who live in one country but work in the other. Canada has also added certain exemptions to reunite extended family members.

But despite alarming signs of the pandemic making a comeback on the cusp of colder weather and flu season, President Donald Trump and his officials have persisted in playing down the dangers, and speak straight-faced about lifting the ban sooner rather than later.

“We are working closely with Mexico and Canada to identify safe criteria to ease the restrictions in the future and support our border communities,” acting Department of Homeland Security Secretary Chad Wolf said in a statement Monday.

In an interview last week with a Detroit radio station, Secretary of State Mike Pompeo echoed Trump’s claim last month that Canada is keen to resume travel — a sentiment that’s at odds with both public opinion and the official position north of the border.

“We’ve got to get America back going again. And the Canadians want this, too,” Pompeo told WJR Detroit.

An online poll released last week by Leger and the Association for Canadian Studies suggested two out of three Canadians would not be comfortable travelling to the U.S. even once the restrictions are lifted.

Prime Minister Justin Trudeau has said the travel ban won’t be eased until there’s clear evidence the pandemic is slowing in the United States.

“We keep extending the border closures because the United States is not in a place where we would feel comfortable reopening those borders,” Trudeau told the Global News podcast The Start last week.

“We see the cases in the United States and elsewhere around the world, and we need to continue to keep these border controls in place.”

Trump, however, seems to see it differently, raising eyebrows last month when he suggested the border would reopen by the end of the year.

“Canada would like it open, and, you know, we want to get back to normal business,” he said.

“We have a great trade deal right now, and so we’re going to be opening the borders pretty soon.”

Share thisFacebookTwitterPinterestEmailWhatsAppCanada-US border closure extended to at least Nov 21 2020 Limits on travel between Canada and the United States will persist for at least four more weeks, the federal government confirmed Monday despite signs of growing impatience south of the border. “We are extending non-essential travel restrictions with the United States until Nov. 21,