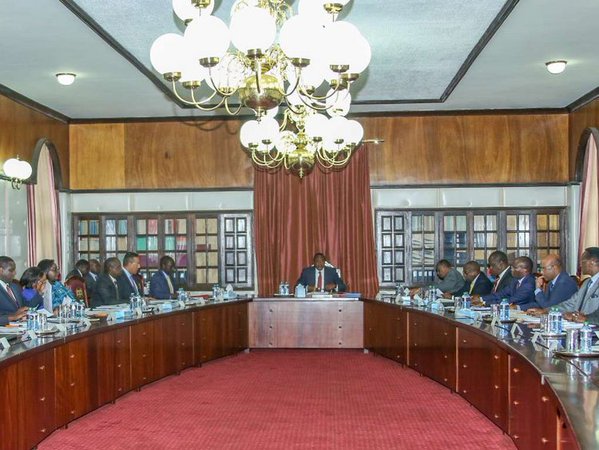 The 2016-17 budget and election preparations will headline the Cabinet retreat that kicks off this morning at the Great Rift Valley Lodge in Naivasha.

Also at the retreat are senior officials from the executive, including State House, the State Law Office and other institutions involved in budget making and implementation.

“The President will use the meeting to review, reflect and plan for priority areas in government. The whole intention is efficient service delivery,” State House spokesman Manoah Esipisu said.

The annual retreat will review the government’s performance, review the upcoming budget as well as draw up priority areas for the next 12 months.

Uhuru has been keen to allocate more resources to projects that are aligned to the Jubilee manifesto ahead of the 2017 elections.

The President’s Delivery Unit has prepared a report on each sector of the economy to which the responsible CSs will be required to respond to.

Uhuru will use the report to appraise his Cabinet Secretaries and Principal Secretaries.

The retreat will also review the 2015-16 half year budget implementation review report that shows the government is falling behind in the implementation of development programmes.

The slowdown in the development programmes has been caused by low revenue collections as well as delay in release of funds by development partners.

The President has also been keen to have the government reduce wastage in use of public funds and has asked all CSs to put in place austerity measures in their ministries.

Preparations for the next elections, especially the funding of electoral processes, will also feature in the meetings between the President and his Cabinet.

How the government intends to deal with issues relating to incitement and hate speech ahead of elections will also be a key area Uhuru will focus on.

The retreat is also expected to draw up a countrywide programme for the President and DP in relation to launching and commissioning projects.

Over the next two weeks, Uhuru will be touring various counties, commissioning and launching various projects.

The retreat comes a week after the opposition tore into the Jubilee administration’s achievements, especially the failure to honour key campaign promises.

This followed Uhuru’s State of the Nation address on March 31 where he said the government had achieved a lot, three years after coming to power.

Budget and 2017 elections main agenda for Uhuru Cabinet retreat in Naivasha Reviewed by samrack on April 18, 2016 .

Share thisFacebookTwitterPinterestEmailWhatsAppBudget and 2017 elections main agenda for Uhuru Cabinet retreat in Naivasha The 2016-17 budget and election preparations will headline the Cabinet retreat that kicks off this morning at the Great Rift Valley Lodge in Naivasha. President Uhuru Kenyatta, Deputy President William Ruto and Cabinet Secretaries were arriving for the two-day retreat last evening.