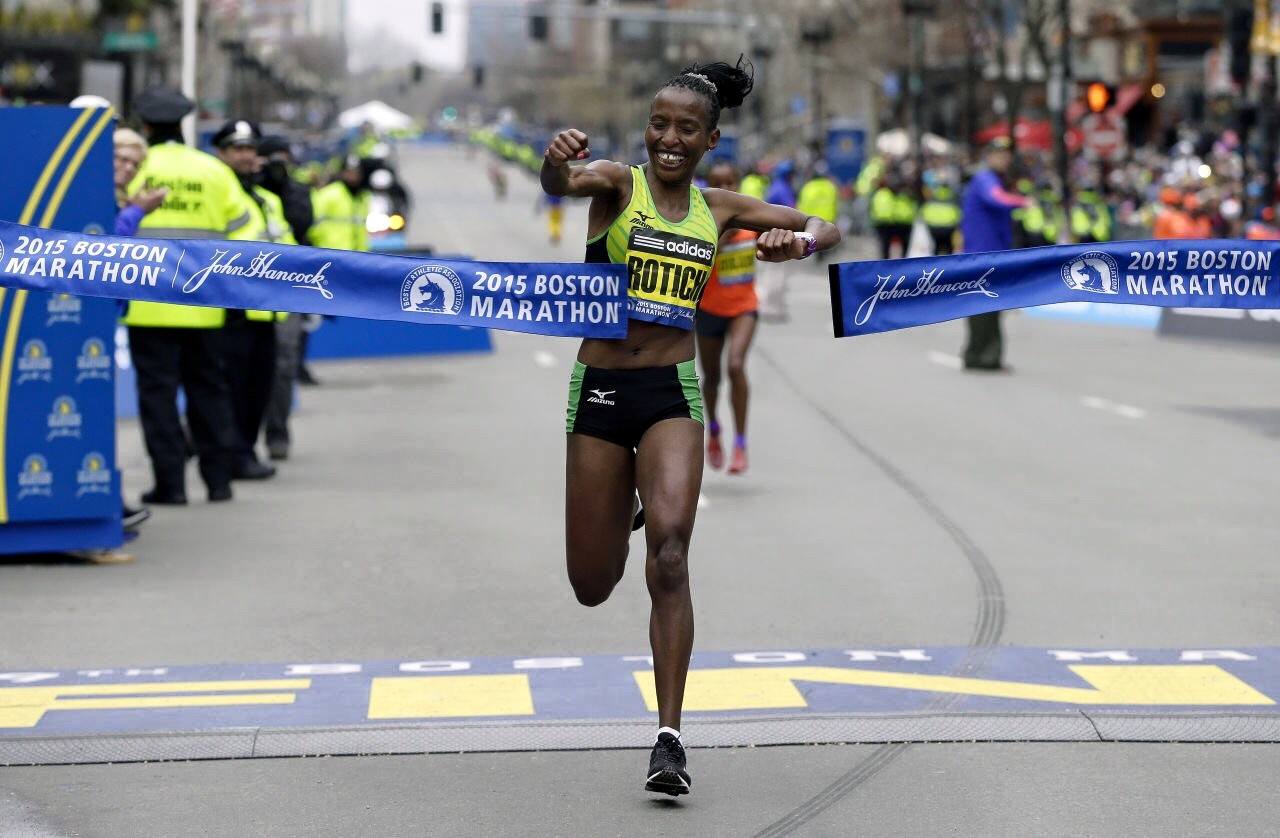 It would take far more than just a few rain showers and gusting winds to dent the spirits of Boston and its runners at the Boston Marathon.

About 30,000 runners set out early Monday morning to compete in one of the world’s most prestigious races. The marathon covers more than 26 miles of Boston’s hilly terrain, and this year’s runners faced rain and 20-mph headwinds almost every step of the way. 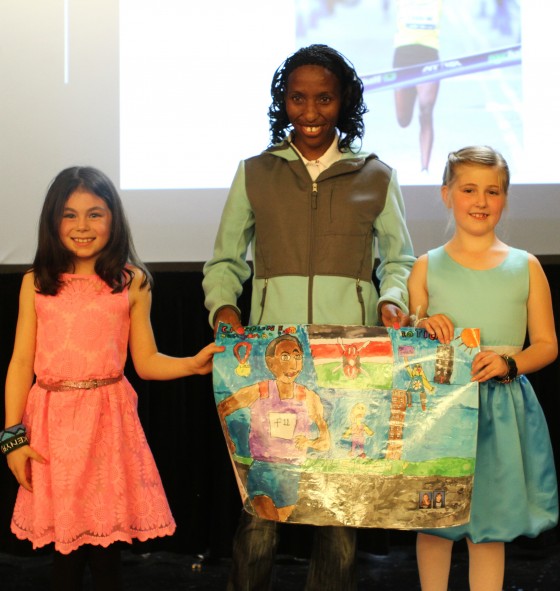 [Slideshow: Photos from the 2015 Boston Marathon]

In the end, the men’s race came down to Lelisa Desisa and Yemane Adhane Tsegay, both of Ethiopia. With about a mile remaining, Desisa pulled out to a seven-second lead. He would go on to win with a time of 2:09:17; this marked his second Boston Marathon victory, after 2013. Meb Keflezighi, last year’s winner, was the first American man to cross at 2:12:42. Keflezighi had been a pre-race favorite, but a hamstring pull late in the race ended his chances. He ran the final steps holding hands with a woman he pulled from the crowd.

The women’s race featured Mare Dibaba of Ethiopia and Caroline Rotich of Kenya battling stride for stride until the finish. Rotich made her move with 500 feet to go, kicking past Dibaba, and ended up winning with a time of 2:24:55, just four seconds ahead of Dibaba. This marked Rotich’s first Boston Marathon victory. Shalane Flanagan was the first American woman to finish, in a time of 2:27:45.

Much of the race featured packs pacing one another for the lead, like this nine-man crew shortly after fabled Heartbreak Hill: