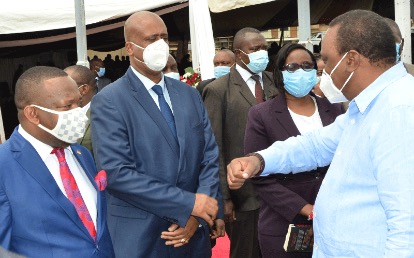 The High Court in Nairobi has delivered yet another blow to President Uhuru Kenyatta appointments and directives after it declared the Nairobi Metropolitan Services unconstitutional.

The High Court made the ruling following a petition by the Law Society of Kenya.

However, this isn’t the first time NMS has been declared null and void. In June 2020, Lady Justice Hellen Wasilwa of the Employment and Labour Relations court ruled that the transfer of some functions of Nairobi County to the General Badi run outfit as vague and unconstitutional, citing lack of approval by the County Assembly.

“The transfer of the county functions ought to have been sanctioned by the County Assembly which was not done,” ruled the Judge.

She said the national government ought to have consulted the County Public Service Board before seconding the employees to the newly-formed agency.