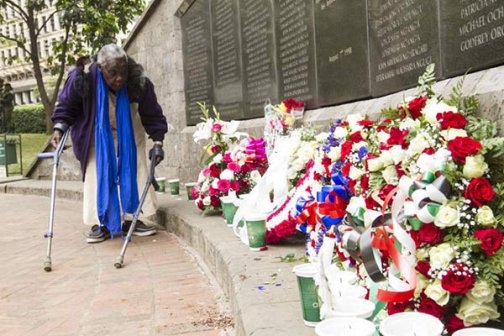 A total of 213 people were killed in the Nairobi explosion and 11 in Dar es Salaam when suicide bombers in trucks laden with explosives parked outside the United States embassies of the two cities, and almost simultaneously detonated. Victims who were maimed and injured during the blast are now accusing the Kenya and US governments of neglecting them. Speaking during the 18th commemoration, Kenya August 7, 1998 Bomb Blast Association Chairman George Ngige and his Kenya Association of Victims of Terrorism counterpart Eliud Mulama said they were moving to The Hague-based court. “It is a pity that families of victims and survivors have been suffering for the past 18 years without any help from either the Kenya or US governments,” Ngige said. He said US Judge John D Bates of District Court for the District of Columbia ruled on November 28, 2011 that Al Qaeda was sponsored by Iran and Iraq. READ MORE How shrewd Kenyan players set out to beat politicians at their own game Woman blind and paralysed due to beatings Four parties listed since last polls He said Judge John M Facciolla of the US Court for the District of Columbia in the case of Odilla Mutaka Mwani versis Al Qaeda awarded Kenyans $161,309,500 (Sh16.1 billion) per person but no one had been compensated.
Read more at: http://www.standardmedia.co.ke