Bishop Margaret Wanjiru Attends Daughter’s Wedding in the US 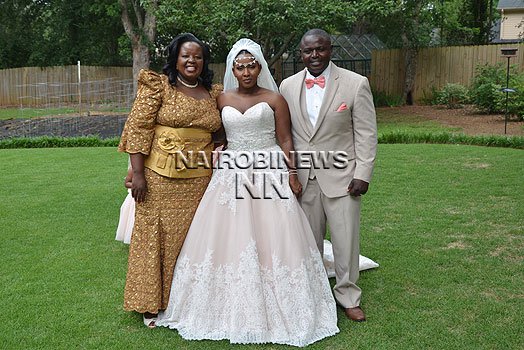 Bishop Margaret Wanjiru with her daughter Purity Kariuki and the groom Michael Litunda at the wedding in Atlanta, Georgia, on May 20, 2017. PHOTO | COURTESY

Bishop Margaret Wanjiru Attends Daughter’s Wedding in the US

Bishop Margaret Wanjiru of the famous ‘The Glory is Here’ over the weekend traveled to the United States to witness the wedding of her US based daughter in Atlanta, Georgia. 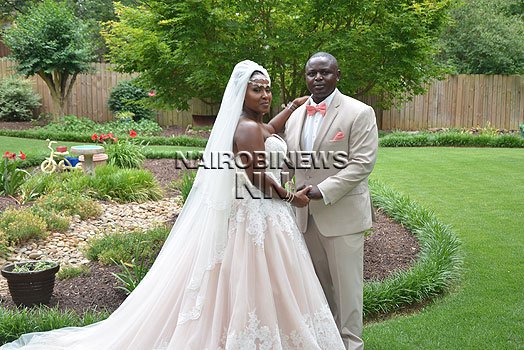 Wanjiru’s daughter Purity Kariuki tied the knot with her Fiancée Michael Litunda in a colorful private garden ceremony on Saturday, where only very close family members and friends were allowed.

Reports indicate that Kenyan musician Mercy Myra was the only musician invited to perform for the bride at the ceremony.

In her address to the guests at the ceremony, Wanjiru who lost in the Jubilee party primaries for the Nairobi Governor race, expressed gratitude to those in attendance and welcomed the groom’s family.

Wanjiru further said that she raised her family to love and appreciate everyone no matter what tribe or part of the world they come from, lauding her family as ‘very intercultural’, alluding to the fact that the groom hails from the Luhya Nation.

She further revealed that her first son, Steven Kariuki, married a woman from the Rabai tribe, while her second son, Evans Kariuki has an African-American wife.

The politician urged Kenyans in the diaspora to raise their children the same way and support each other.

Bishop Margaret Wanjiru Attends Daughter’s Wedding in the US Reviewed by samrack on May 26, 2017 .