by samrack
in Business, Kenya, News
A A
0

Billionaire businessman Naushad Merali is Kenya’s most famous acquisition artist. He was catapulted into national limelight and prominence way back in 1985 when he acquired tyre maker, Firestone.

Around the same time, he was among a group of locals who purchased  shares and took control of The Commercial Bank of Africa (CBA) from Bank of America.

He made billions when he off-loaded shares in the mobile company, Airtel.

Such has been his profile and prominence in the mergers and acquisition space in this country that literally every deal he does must attract public attention.

Mr Merali has recently flipped Equatorial Commercial Bank to Mwalimu Savings and Credit Society, in a transaction that has sparked a major controversy, causing the Commissioner of Co-operatives to order an investigation into the transaction.

Part of the reason why this deal is controversial is the fact that it is the first time a large Sacco is purchasing a commercial bank.

Depending on how the deal pans out, it may encourage other large saccos to buy commercial banks.

The captive market which the Co-operative Bank of Kenya has been enjoying as the main banker for Saccos stands to be disrupted.

The timing of the commissioner’s probe, coming when the transaction was well in advanced stages, is itself confounding.

By the look of things, the probe by the commissioner is likely to focus mainly on two issues: an audit of the approval process and whether the management of Mwalimu Sacco deliberately ignored caution from audit firm, Ernst & Young, who were contracted to conduct a due diligence on Equatorial Bank.

The due diligence report, a copy of which the Sunday Nation has seen, covered a broad range of issues including, non-performing loans, financial risk management and liquidity management, a judicial review of the Kenya Revenue Authority’s claim on the bank and related party borrowings. 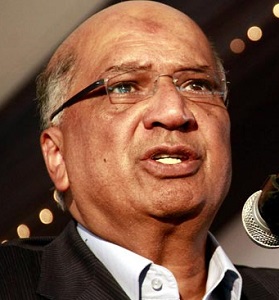 Accumulated losses stood at Sh1.1 billion as at the end of 2013.

Although the bank made an after-tax profit of Sh55.7 million in 2013, the auditors noted that the amount would have been wiped out had all the provisions on non performing losses been done according to the Central Bank of Kenya guidelines.

Clearly, Equatorial Commercial Bank has largely under-performed its peers due to capital constraints.

Between 2011 and 2013, the bank had related party borrowings totaling Sh200 million.

The loans were due for repayments by 2017 and carried an interest of  12 per cent.

In 2014, the loans were retired and the bank entered into new agreements with related parties for a period of five years for Sh 400 million, carrying an interest of 12 per cent. The loans are due for repayment in 2019.

Ernst & Young advised Mwalimu to make sure that the sales and purchase agreement should include provisions that prevent related parties from calling back existing facilities for at least 12 months post-deal closure.

“Mwalimu does not have previous experience of making significant acquisitions and thus you should invest in portfolio management capabilities ahead of concluding the deal,” said the auditors.

Transaction documents show that Equatorial Holdings has a total of 18 shareholders; Merali owns 1 share in his name and the rest in the names of Yana Towers Ltd, (14 pc) and  Yana Investments Ltd (9.3 pc).

The transaction was to be conducted in phases. First, acquisition of 51 per cent of the issued share capital of Equatorial Commercial Holdings Ltd, comprising 11. 4 million shares for a consideration of Sh1.6 billion.

This first transaction itself is in two parts. First, an initial share sale of 6.8 million shares from existing shareholders to Mwalimu for a consideration of Sh1 billion.

Secondly, an initial share subscription of 4.5 million new shares to be issued and allotted to Mwalimu by Equatorial Commercial Holdings Ltd as fully paid up shares for a consideration of Sh661 million.

This part of the transaction has closed.

In the second phase, Mwalimu is to acquire a further 24 per cent of the issued share capital of Equatorial Commercial Holdings comprising 7.1 million shares for a consideration Sh1.03 billion.

This second part of the transaction is also in two parts.

Thus Mwalimu Sacco will upon completion of the deal acquire a total of 18.5 million shares of Equatorial Holdings for a consideration of Sh2.7 billion.

Conspiracy theories surround this transaction. Since the CEO of Mwalimu Sacco, Mr Robert Shibutse, is a former employee of Equatorial Commercial Bank, critics say that justification for this transaction may have been influenced by factors other than commercial considerations.

The second conspiracy theory revolves around the role of the Co-operative Bank of Kenya in the controversy.

That since the entity that has led the crusade against this transaction, the Co-operative Alliance of Kenya (CAK), is basically run by individuals linked to Co-operative Bank, it was Co-operative Bank pulling strings from behind the stage.

Whether the transaction is a threat to the Co-operative Bank of Kenya is debateable.

What is clear is that a situation where other large Saccos start to scramble for banking licences will not leave Co-operative Bank sitting pretty.