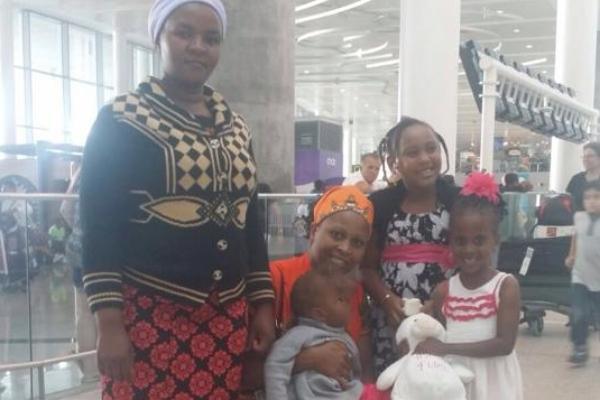 Baby Fidelis Muthoni is in Canada for a reconstructive surgery set for Monday, on a frontal bone defect.

Fidelis and her mother Martha Wambui landed in Toronto, Ontario, at 12.10pm on Saturday, a nurse based in Canada said in a Facebook post.

“I thank the Kenyan government, Dr Peter Wanyoike, and all of you, my fellow Kenyans, who have poured your hearts out and worked so hard to support baby Fidelis,” the nurse said.

Fifteen-month-old Fidelis, who suffers a defect known as known as Encephalocele, will be away for six months.

She and her mother, were able to travel after President Uhuru Kenyatta and Murang’a Governor Mwangi Wairia contributed to her fund.

Her father, Kenneth Kinuthia, expressed hope his daughter would get better after her six-month treatment.

The family from Sabasaba in Murang’a South had earlier missed a deadline for the operation after Hope Foundation CEO Benson Wanjau declined to release the money.

Wanjau was arrested last Thursday over the missing cash, and arraigned in a Murang’a court on Friday/

He was denied bond and remanded to Makuyu police station.