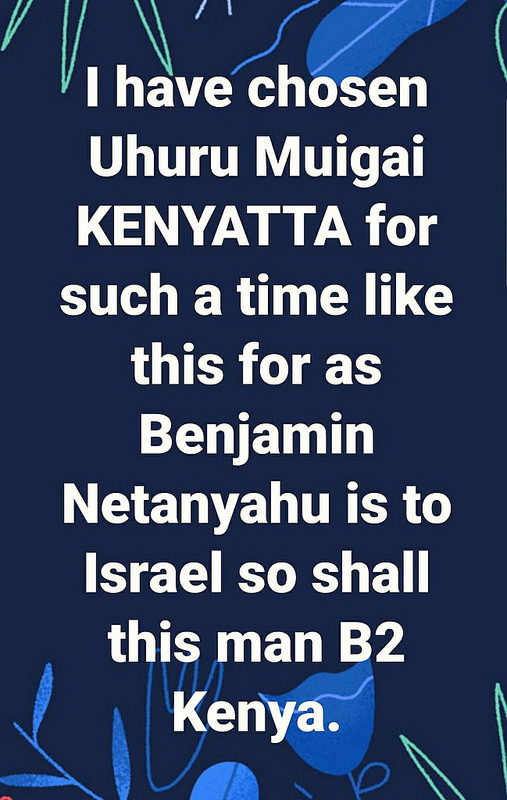 In a social media post titled, KENYA 2017 ELECTION PROPHECY , Prophet William Prince said the spirit of the Lord has chosen Uhuru Kenyatta to lead the country. ‘’The spirit of God says I have chosen this man Uhuru Kenyatta for a such a time as this for as Benjamin Netanyahu is to Israel so shall this man be to Kenya.’’ Prophet Prince wrote in part.

Another prophet predicts Uhuru will beat Raila just hours to election day  Another prophet has come forward to reveal his prophesy on the next Kenyan president – According to prophet William Prince from Mombasa, Kenya, Uhuru Kenyatta will be voted in as president for the second time – His prophesy comes just days after three